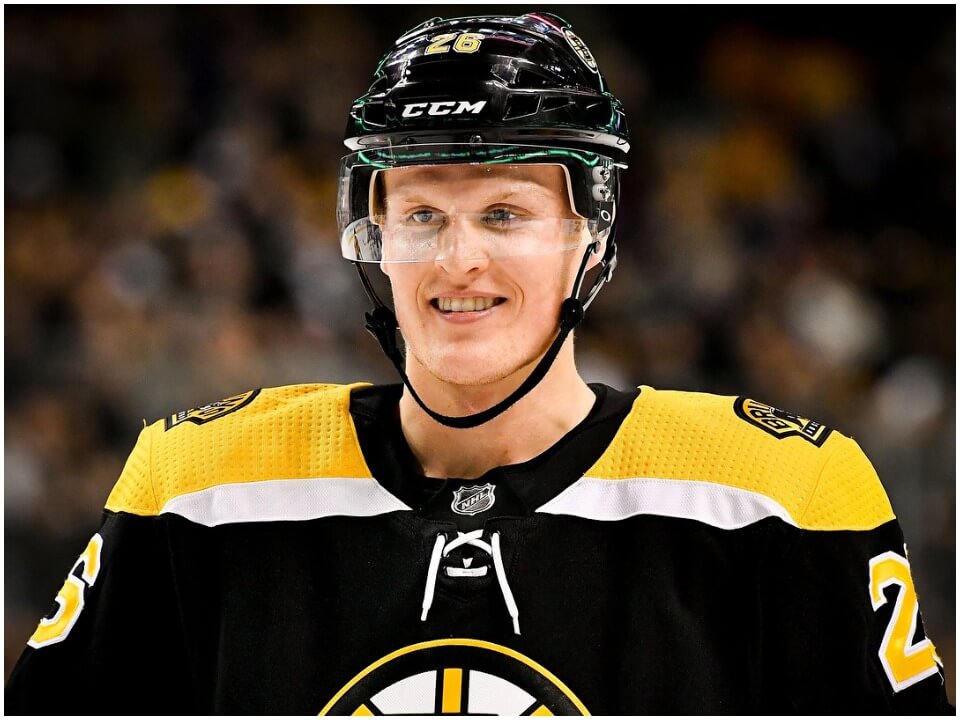 Edmonton Oilers forward Colby Cave lost his life at the age 25 after induced in coma on 11th April, 2020. He was born on 26th December 1994, in North Battleford , Saskatchewan, Canada who was playing from Edmonton Oilers in this season in NHL. From his childhood, he was only interested in hockey and played from Battlefield Stars during 2009 to 2011 in the local province league. Throughout his junior season, he remained spectacular and day by day developed his skills especially offense and finished it with 70 points in 72 games. From this feat, he was able to named himself in 2014 NHL draft.

He was remained unselected in the 2014 draft at position 157 after finishing his last year he was signed by Boston Bruins as an undrafted agent in June 2015. Under three year entry level contract, he was reassigned to the affiliate team Providence Bruins. He made NHL debut against Winnipeg Jets during 2017-18 season and ever since then he played 67 overall NHL games and scored four goals and five assists. Later he played 15 more games with Providence Bruins before he recalled by the Edmonton Oilers.  During this season, he made about 11 appearances and scored one goal while he had 11 goals and 23 points in 44 appearances from Bakersfield Condors in AHL.

Colby Cave Cause of Death

Colby had been medically induced into a coma after suffering a brain hemorrhage on 7th April, 2020 earlier this week and was hospitalized in Toronto. He died due to brain bleed almost after five days at Sunnybrook Hospital in Toronto. Her wife Emily Cave confirmed this tragic news by releasing a statement,

“It is with great sadness to share the news that our Colby Cave passed away this morning. Both our families are in shock but know our Colby was loved dearly by us, his family and friends, the entire hockey community and many more. We thank everyone for their prayers during this difficult time.”

After this heartbreak news so many of his fans and associate teams authorities expressed their grievance and deepest condolences to him. NHL Commissioner Gary Bettman said,

“The National Hockey League family mourns the heartbreaking passing of Colby Cave, whose life and hockey career, though too short, were inspiringly emblematic of the best of our game. Undrafted but undaunted, Colby was relentless in the pursuit of his hockey dream with both the Edmonton Oilers and Boston Bruins organizations. An earnest and hardworking player, he was admired by his teammates and coaches. More important, he was a warm and generous person who was well-liked by all those fortunate enough to know him.

“We send our heartfelt condolences to his wife Emily, their families and Colby’s countless friends throughout the hockey world.”

He was playing ice hockey from his childhood and recently drafted for National Hockey League professionally. Throughout his career he earned about $3.5 million including contracts and salaries.