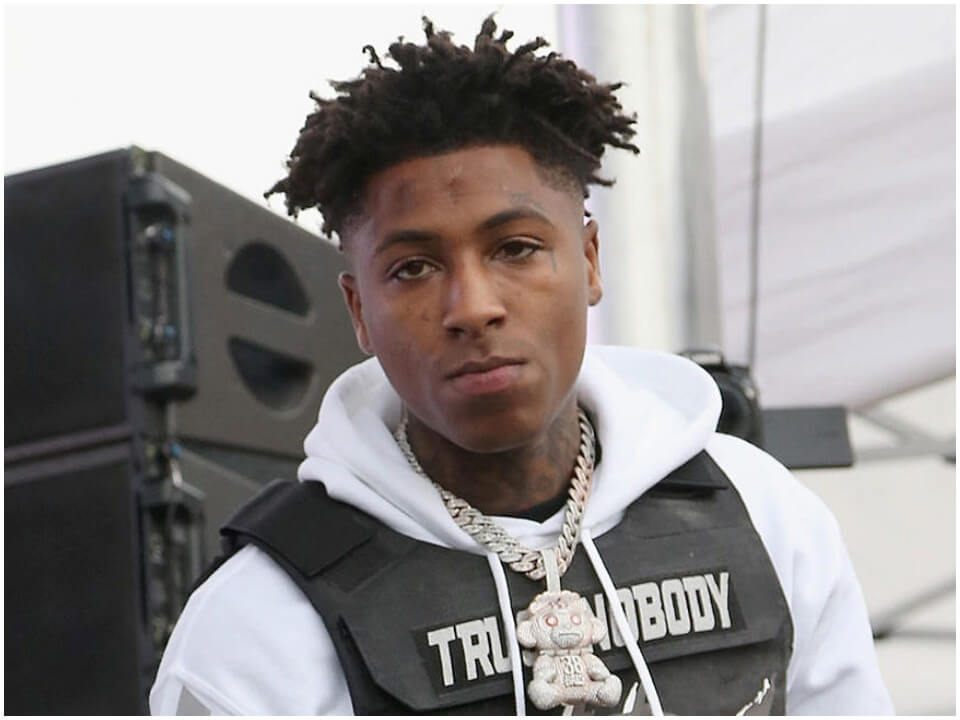 YoungBoy whose real name Kentrell DeSean Gaulden is an American rapper, songwriter and composer.  He was born on 20th October, 1999 in Baton Rouge, Louisiana as the youngest child in the family with three siblings. At the age of 4, he was seriously injured in the head while fighting and had to wear a cranial orthosis leaving significant scars on his forehead. When he was 8 years old, his father was sentenced to 55 years in prison after having committed a robbery that had gone wrong. Due to this, his mother left the city leaving the care of her children to Kentrell’s grandmother.

Gaulden’s grandmother died of heart failure and Gaulden moved with a friend of his to Baton Rouge and they used crime to start paying for lessons. He dropped out of school to ninth class, leaving school and telling his mother that he needed to focus on his musical career. Shortly after, he was arrested for robbery and placed in a juvenile prison in Tallulah for 6 months and he wrote started to write lyrics for his debut. Gaulden released his first mixtape at the age of 16, at that time still under the name NBA YoungBoy.

The Tapes Mind of a Manace, Vol. 1 – 3 followed at short intervals. He quickly made a name for himself and on the next release 38 Baby by featuring Boosie Badazz and Kevin Gates. At the end of the year, he was put into custody on charges of attempted murder and his career came to a standstill in half a year. While in prison in Baton Rouge East, Louisiana, he released several songs, including Win or Lose, Don’t Matter, and Too Much.

Kentrell was released from prison in May 2017 after entering into a plea agreement and posting bail and within a week, he released the mixtape A.I. YoungBoy which charted at 24th spot in Billboard 200. The major singles in the mixtape, Untouchable and No Smoke reached at 95th and 61st places of the Billboard Hot 100 respectively. Untouchable and No Smoke are platinum certified for selling more than one million copies.

His debut album, titled Until Death Call My Name, was released in April 2018 and entered the U.S. chart in seventh place with 43,000 copies sold in a week. The album includes the single Outside Today, which reached 31st place in the United States certified gold status for selling more than 500,000 copies.

Throughout his life, YoungBoy was trapped around controversies and was arrested quite a lot for his acts. Be it first degree murder attempt, open fire on a group from running car, kidnapping, possession of drugs or his social media post linking to revenge, he spent so many days behind bars. Apart from this, YoungBoy has 4 children, all boys from three different mothers and their names are Kayden, Taylin, Kamiri and Kacey.

As a rapper he has gathered so many fans along with love and fortune through his music. His net worth is estimated around $6 million which majorly came from his musical career including copyrights, concerts, tours and other endorsements.