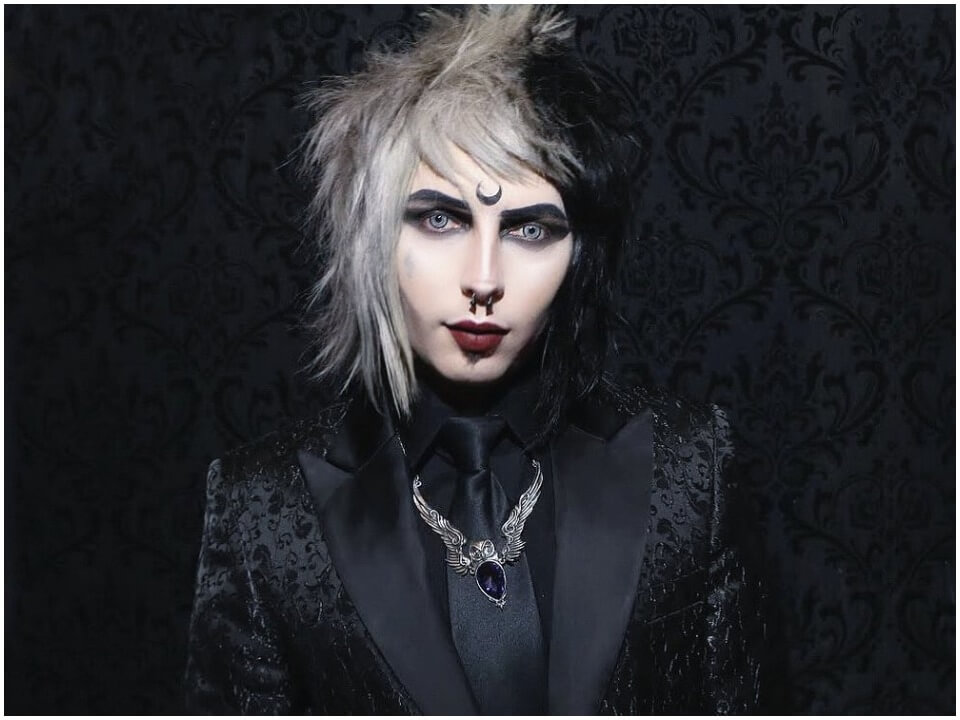 Dahvie Vanity is an American pop singer who is in headline after being on the radar of Chris Hansen. He was born on 5th September, 1984 in North Carolina and belongs a very poor family and discovered his love for music at early age. He moved to Orlando at an early age, when his family decided to start from scratch in a more developed city. Before, he had grown up poor, in a trailer. His first musical band was created in 2006 at the age of 21 called Love The Fashion, later called Blood On The Dance Floor.

Dahvie worked until 2008 with Christopher Monguillo and Rebecca Fugate, with whom he composed his cruel and explicit lyrics. Along with them, he released the albums “Let’s Start a Riot!” and “It’s Hard to be a Diamond in a Rhine Stone World” in 2008. After these two left the band, he hired Garret Ecstasy as a screamer vocalist in 2009. Along with Garret he released three EPs: “I Scream I Scream,” “OMFG Sneak Peak” and “Extended Play!”. However this collaboration also ended when Dahvie accused Garret for robbing him and they both separated.

In 2009, he hired Javy Bon Monroe and released the albums: “Epic”, “All the Rage!!”, “(R) Evolution”, “Bad Blood “,”Bitchcraft” and “Scissors” in addition to various video clips. They both worked together until dissolution of the group in 2016 and Vanity founded a new group called Kawaii Monster. He handles vocals, piano, keyboards, synthesizers, programming, and guitars.

Dahvie’s career remained full of controversies and more than 21 women accused him for rape and sexual assaults. The musician was accused of forcing Dianna Farrell to perform oral sex on her when she was 15 years old. Vanity contacted her through MySpace and convinced her to come all the way to Florida to meet him 2007. Two years later, he again arrested after a show in Denver when few of his bandmates spotted him two teenagers alone on a tour bus.

One of the victims states that Vanity forced to perform oral sex with him in addition to publishing a video in which he indicated that his accused had mental problems. Megan Hood yet another victim, said in a statement to police that when she was 14 years old, he forced her to carry out the same sexual action as the other women. However the singer later paid him $50 to convince her for sexual favors.

American country singer since 13 years had achieved quite a lot success to his name, especially with the band “Blood on the Dance Floor”. Main source of his income in mostly through concerts and musical tours throughout his career which racked about $3 million of net worth and fortune to his name.