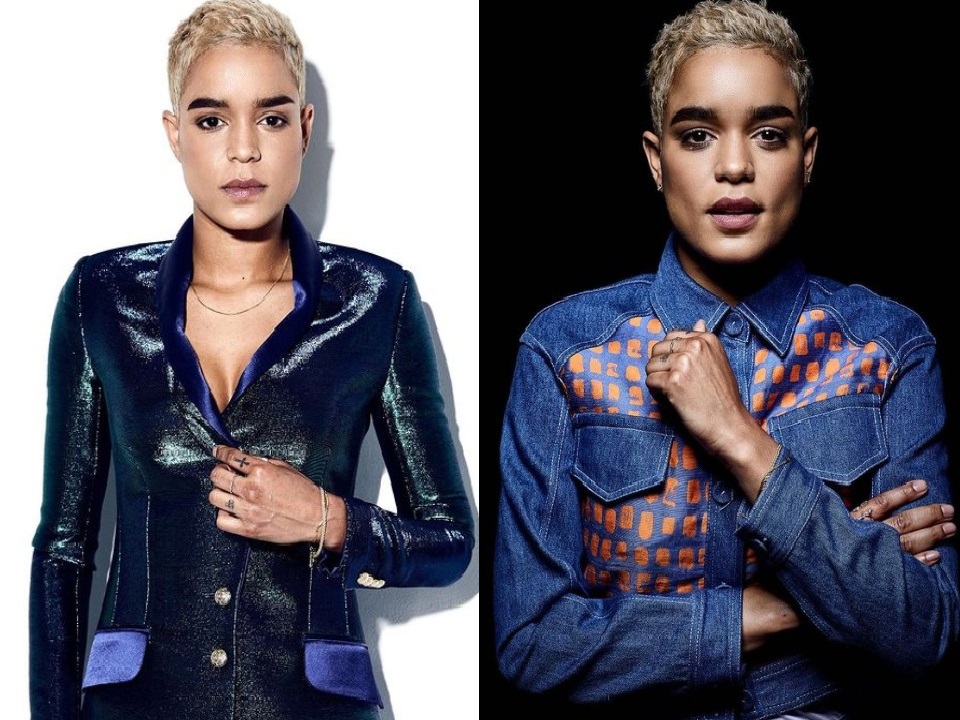 Elizabeth Faith Ludlow is an up and coming Hollywood actress. She has become popular from her portrayal of ‘Arat’ in ‘The Walking Dead’. However, she has appeared in many other TV series and even in films.

Although her primary profession is acting, she has also written her name in the field of producing and directing a few projects. She is known for her short hair and athletic body. In this post, we will be sharing lots of information about Elizabeth Ludlow.

So, if you are a fan of her work, you can keep reading the rest of the post…

Elizabeth is making her name in the entertainment industry. You can see that her acting career is just taking off. Although she has appeared in more than 15 movies and films, her career is yet to be big.

We have also seen her in the role of director and producer, where she is working on her own movies and short series. All of these different ventures have brought a lot of fortune for her. At this moment, she has accumulated over 1 million USD (estimated).

However, many reports say that her accumulation of wealth is far more than that. Interestingly, she keeps almost everything related to her personal life very private.

So, it is hard for us to know the real deal. Yet, if we can find any accurate and latest information on the net worth of Elizabeth Ludlow, we will update the post instantly.

Elizabeth was born on June 5, 1989. She was born and raised in Savannah, Georgia, USA. From her birth date, you can see that she is a Gemini.

Not much of her early life is known. Because she is very secretive about that. However, we know that she was in the foster care facility in her childhood briefly. We also know that her adoptive mother was from South Africa.

And, her adoptive father’s name is Dr. Christopher Ludlow. He has worked at the ‘Veterans Administration’ in Savannah, Georgia for over 21 years.

According to her, she used to always perform acting, singing, or entertaining others around the house. From childhood, she was in the mood of expressing herself. Thus, she thinks that it helped her become a good actress. In her words, she was always being theatrical even in the early days.

Even though she was raised in Savannah, Georgia, Elizabeth moved to Atlanta after completing high school. Later, she graduated from Georgia State University with a minor in ‘Theater’. And, she thinks that has helped her a lot in her acting career.

She says she is very proud of her adoptive parents. Her mother has a horrific life experience growing up and immigrating from South Africa to America. And, she gets inspiration from her story.

She even plans to direct a feature film about her mother’s story. She believes that it will help other people that are going through a similar struggling situation.

Elizabeth is known for her athletic body and ferocious female roles. She was a soccer player from her childhood. Matter of fact, during her middle school years, she got a chance to play a role in ‘The King and I’.

However, as she was committed to playing for her team, she refused that opportunity. At one point, she was on a club team. She thinks that playing soccer in the early days has helped her being fit and healthy. And, she still tries to be fit and athletic.

Anybody that is a fan of the post-apocalyptic show ‘The Walking Dead’ should be familiar with ‘Arat’. And, Elizabeth Ludlow is the actress behind the character.

Her career in the entertainment industry started back in 2013. She was in an episode of the TV series ‘The Vampire Diaries’ named ‘Death and the Maiden’.

This was her debut on TV series. Interestingly, her debut on the big screen was in the blockbuster movie ‘Guardians of the Galaxy Vol. 2’, where she played the character of the ‘Easik Mother’.

Subsequently, Elizabeth also played the role of ‘Agent Kat Ryan’ in the film ‘Max Steel’ in 2016 as well. Later, she got a role in another blockbuster film ‘Godzilla: King of the Monsters’. Even before her appearance on ‘The Walking Dead’, she acted on the TV series ‘Satisfaction’ for 6 episodes as ‘Mona’.

Some of the movies Elizabeth Ludlow appeared in…

Some of the TV series Elizabeth Ludlow appeared in…

At the moment, her latest TV series ‘Another Life’ is streaming on Netflix. In addition, she also has a new docu-series regarding one of the most influential LGBTQ trailblazers ‘Stormé DeLarverie’. The docuseries will be premiered on HBO Max.

Elizabeth is very tight-lipped about her private life. However, she still shares a few moments of her life on her social media accounts.

From that, we can tell that she is one of the humblest and kind-hearted person ever. She has been gone through a lot since her childhood. As we have already mentioned that she was adopted by a loving family.

Elizabeth is known to support LGBTQI communities and movements in her social media account. Also, in many of her interviews, she represented herself as someone from the LGBTQI community.

Rumor has it, she is in love with ‘Carlena Britch’, who is a movement artist, actress, writer, and model. That means Elizabeth is a lesbian. She has moved to L.A. because of her work.

However, she still visits her hometown as her whole family is there multiple times a year. She is a fan of cardio workouts. It is known that she loves to run through the parks and the Atlanta BeltLine.

She thanks her father, who is a physician, for building her healthy eating habit. Her father is also a marathon runner. So, he is also an inspiration for her to be healthy and fit.

She has struggled a lot as a woman of color and minority throughout her whole life. As a result, she wants to tell stories that are an inspiration to the minorities through her work.

She is also an active supporter of ‘A Sense of Home’, which is a non-profit organization that helps foster youths. As she was also a foster child, she wants to help others in a similar situation to realize their dreams. Overall, she is on a mission to inspire unfortunate peoples all around the world with her work and persona.

We hope you have found all the information regarding Elizabeth Faith Ludlow in this post. In this post, we have tried to reveal almost all the things we know about her.

From the story above, we can say that Elizabeth is a rising star in Hollywood. And she has a kind heart. Even though she has struggled a lot in the early days of her life, she has stayed on top of her life.

And, now she is on the way to becoming a top female star in Hollywood. But fame has not changed her. She still aspires and literally helping many unfortunates, minorities, and people that are marginalized using all of her means. We hope the best for her.

Before we close the curtain, if you are curious about any other celebrities, you can leave their name in the comment below. We will try our best to cover their story here as well.