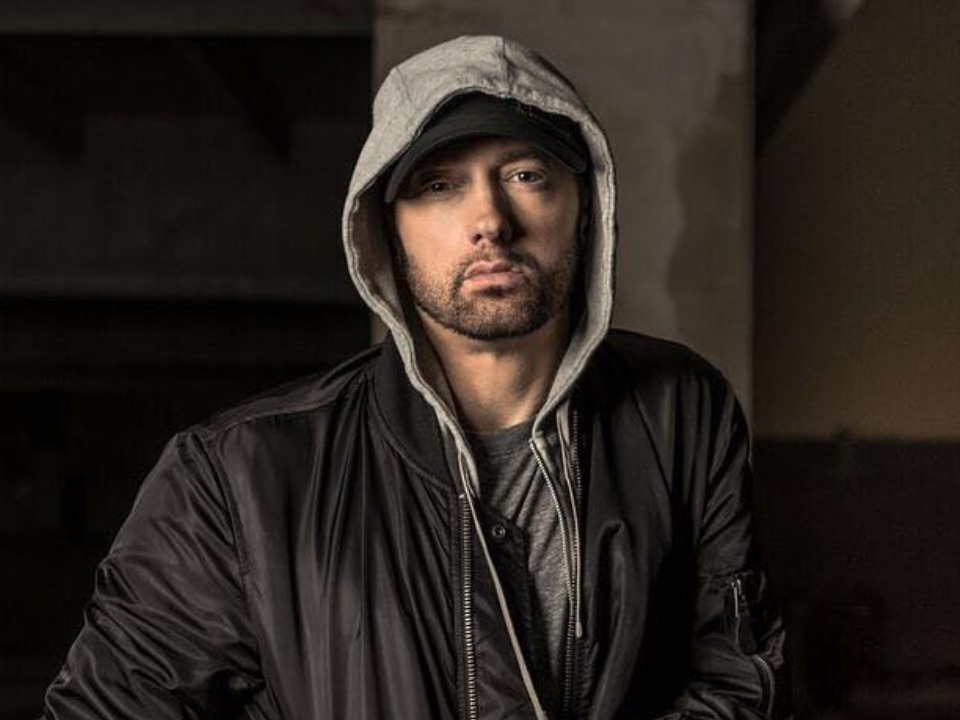 Marshall Bruce Mathers III is an American singer and rapper. He is famous by his pet name EMINEM. Mathers is an actor, singer, record producer and rapper. Currently he is one of the most controversial and bestselling rapper artist in the 21st century. He began his career at the age of 14 with solo performance as well as with D12, a rapper club. Marshall made his debut album, Infinite in 1996.

Eminem was born with the name Marshall Bruce Mathers III on 17th October, 1972 in St. Jospeh, Missouri in United States. He is the only child of Marshall Bruce Mathers Jr. and Deborah Rae. Eminem has a very mixed ancestry of English, Scottish, German, German Swiss and Luxembourgian. Mathers III got music in his hereditary. His parents were engaged in a band, Daddy Warducks, playing in Ramada Inn.

Mathers III had a very rough and ugly childhood. They were very poor in his early age. Due to their financial condition they never stayed at a place for more than a year and lived mostly with their family members’ house. His friends still recalls Eminem as a happy child but was loner at the same time and was been bullied too. In one of the assaults D’Angelo Bailey injured him heavily on his head. He was mostly assaulted by black children.

In the school time Marshall was a story teller and later found his interest in hip-hop. He studied in Lincoln High School. He repeated 9th grade 3 times due to truancy and lower grades. Later when he was 17, he left the school and decided to follow his passion of music.

Eminem started his career at the age of 14. He began rapping with hi school friend Mike Ruby and both adopted names, Manix and M&M and later he made in Eminem, which sounds like M&M. they started off by freestyle rap battles in neighborhood at Osborn High School with fellow rapper Proof in lunchroom. Every Saturday they attended the open mic contest at Hip-Hop Shop for Detroit rap scene. Eminem was predominantly liked by the black industry of rap music.

Later he joined with D12 aka Dirty Dozen where he rapped with the club and also performed solo performances in locations like Detroit, Michigan, and other places. Marshall released his first music video appearance in 1992 with the song Do-Da-Dippity. He released his first album in 1996 with name Infinite. However it was a huge commercial failure.

He came in more attention a year later when he developed Slim Shady, character which is sadist and violent alter ego. It popularized him and came into lime light. He went to Los Angeles in 1997 to compete in Rap Olympics. With his performance he stood second.

In 2000 he released The Marshall Mathers LP and sold over 1.76 million records within a week and broke the record for fastest selling solo album which was held by Snoop Dogg. After than Eminem has seen the heights of success and has stepped forward despite his background when he was poor and his parents never took care of him and otherwise.

Eminem has been into the industry for more than 2 decades now. He is an actor, song writer, song producer, a rapper and also owns websites www.eminem.com and www.shadyrecords.com where he sells appeals, collectibles, gadgets, music and much more. He own a house worth $5 million and he’s fond of collecting several super cars viz. Ferrari 599 GTO, Ferrari 430 Scuderia, Porsche 911, GT3 RS 4.0, Audi R8 Spyder, Porsche Carrera GT and others. His networth is calculated over $300 million as on date.