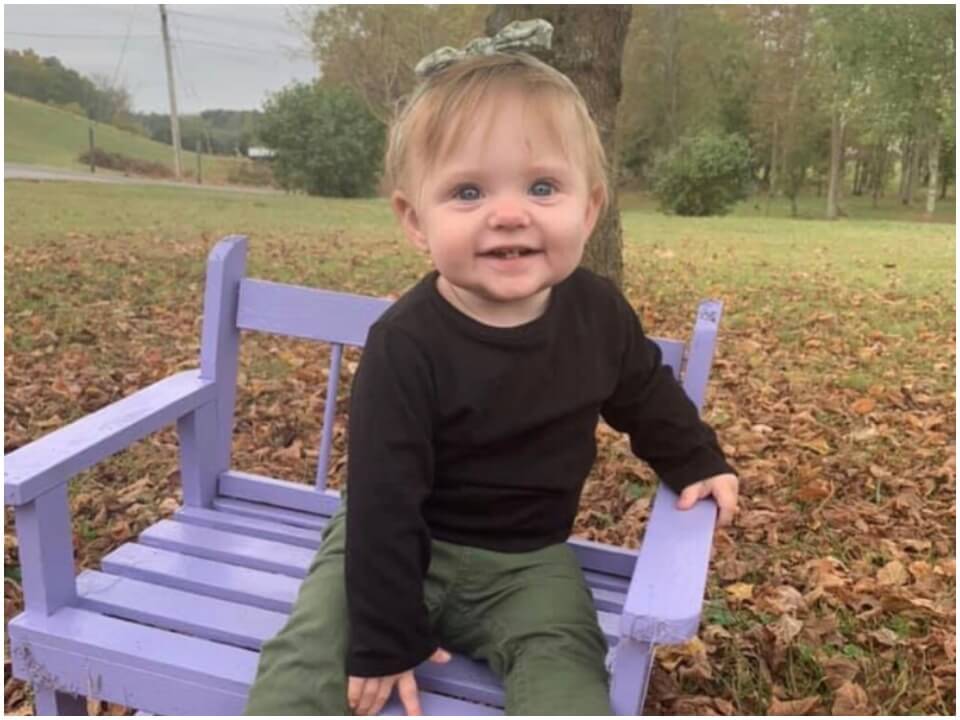 The heartbreaking discovery done by the detectives associated with Tennessee Bureau of Investigation that they might found remaining of the missing Evelyn Boswell. Just a while ago, as per the new update that shattered hope of Evelyn’s return shared in a press conference. Team of investigation found human remains which might be of little cute Evelyn Boswell. They discovered it from the property belonging to a “family member of Evelyn’s mother.

“This is certainly not the update we had hoped to provide this evening,” Tenessee Bureau of Investigation spokeswoman Leslie Earhart said Friday.

She was born on 21st November 2018 and was seen last on 26th December 2019 although her missing entry was registered on 18th February 2020. Although her mother didn’t report because she was aware who took her and she was afraid that he/she might disappear with her baby. Based on her statement, County Sheriff started search operation but it was inconclusive despite it was done on emergency basis and deployed remote operated vehicle.

Sheriff told that after this missing report, they have been working relentlessly to find any hint or clue to solve this case earliest as possible. Apart from this, Jeff Cassidy announced about his personal contribution of $1000 for search operation. After that, so many individuals as well local businesses contributed money from their side and total amount count surprised $50000 as reward. Although almost after one week, office posted that Evelyn’s mother Megan Boswell has been arrested for providing misleading information and false reports. Jeff said next day in press conference,

Apart from this, few days after an amber alert was issued for the baby, Evelyn’s grandmother was arrested alongside her boyfriend, after police said they may have information about the disappearance. Angela Boswell, 42, and William McCloud, 33, were found traveling in a gray 2007 BMW in Wilkes County, North Carolina. However they were arrested not as a suspect in Evelyn Boswell’s missing case but for the possession of stolen property.