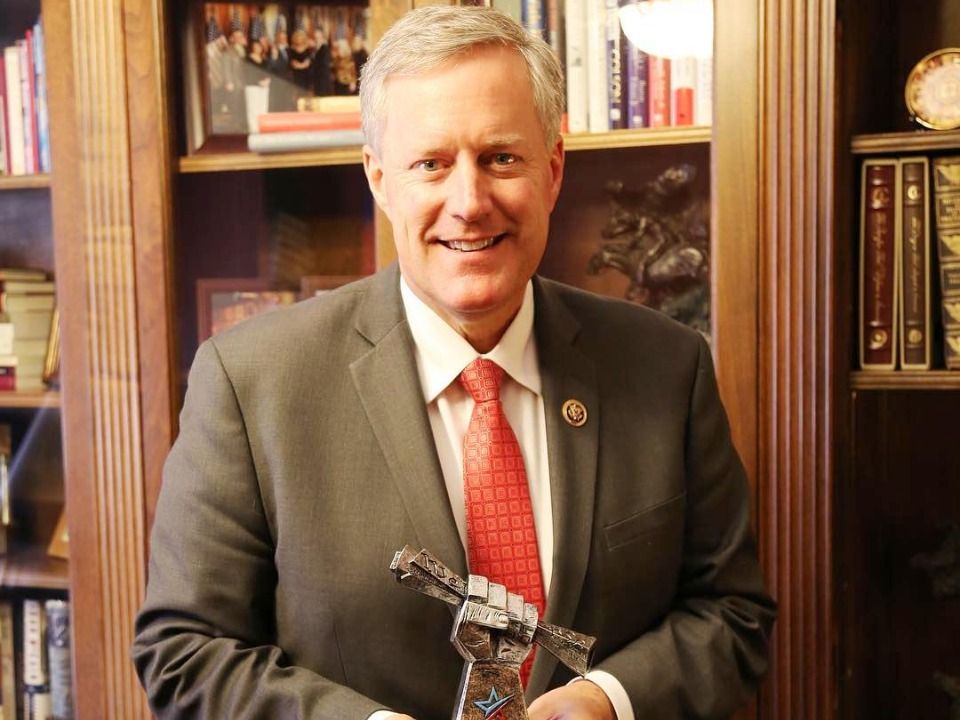 Mark Meadows will be the next private secretary to the President Donald Trump and will replace Mick Mulvaney as White House Chief of Staff. He was born on 28th July 1959 in Verdun, France and currently serving as the West North Carolina Representative. His birth took place in an USA army hospital where his father was posted in the army while her mother was working as a civilian nurse. Mark spent most of his childhood days growing up in Brandon and described his family economic situation poor. Even his classmate refused to go on date with him because he was a fat nerd.

Mark Meadows attended Florida State University in Tallahassee and then studied at the University of South Florida in Tampa. After graduation, he founded a local restaurant with name “Aunt D’s” in Highlands, North Carolina which he then sold out in order to start a real estate company. He then worked as a director of public relations and at the same time, he began a political career as a member of the Republican Party. In August 2012, he made a speech at the Republican National Convention in Tampa.

In the 2012 congressional election, Meadows was elected to the US House of Representatives in Washington, DC in the eleventh constituency of North Carolina , where he succeeded the no longer running Democrat Heath Shuler on 3rd January, 2013. In the election, he achieved around 57 percent of the vote. After three re-elections so far in 2014, 2016 and 2018, he can continue to hold his office until today as his new legislative term runs until 3rd January, 2021. Meadows led Freedom Caucus, a group of particularly conservative MPs within the Republican faction.

The members of this faction were jointly responsible for the fact that US President Donald Trump’s planned withdrawal of the Patient Protection and Affordable Care Act on 24th March, 2017 failed because the reforms of the proposal put forward by Trump did not go far enough. On October 29, 2019, Meadows voted as one of 11 members of the House of Representatives against the resolution, which classified the murder and deportation of the Armenians in the Ottoman Empire as genocide. In January 2020, he was named as one of eight Republican MPs on the White House defense team during impeachment proceedings against Trump.

Mark Meadows as next Private Secretary of President:

In early March 2020, President Donald Trump designated Meadows as White House chief of staff and successor to Mick Mulvaney. Relation of Trump and Mulvaney had deteriorated as a result of the impeachment process that the Democratic opposition pushed against the US president in late 2019. Trump, however, chose to keep Mulvaney in office to avoid plunging the White House into chaos in full “impeachment.” Donald Trump informed about his decision of appointing Mark as White House Chief of Staff in a tweet, he said,

“I am pleased to announce that Congressman Mark Meadows will become chief of staff of the White House. I’ve known and worked with Mark for a long time and our relationship is very good”

Mark will get around $200k per annum as basic salary for his position of White House Chief of Staff. Apart from this, he might have invested some of his earnings in real estate and other firms, thus his net worth estimation is done around $2-3 million although this is not official statement.