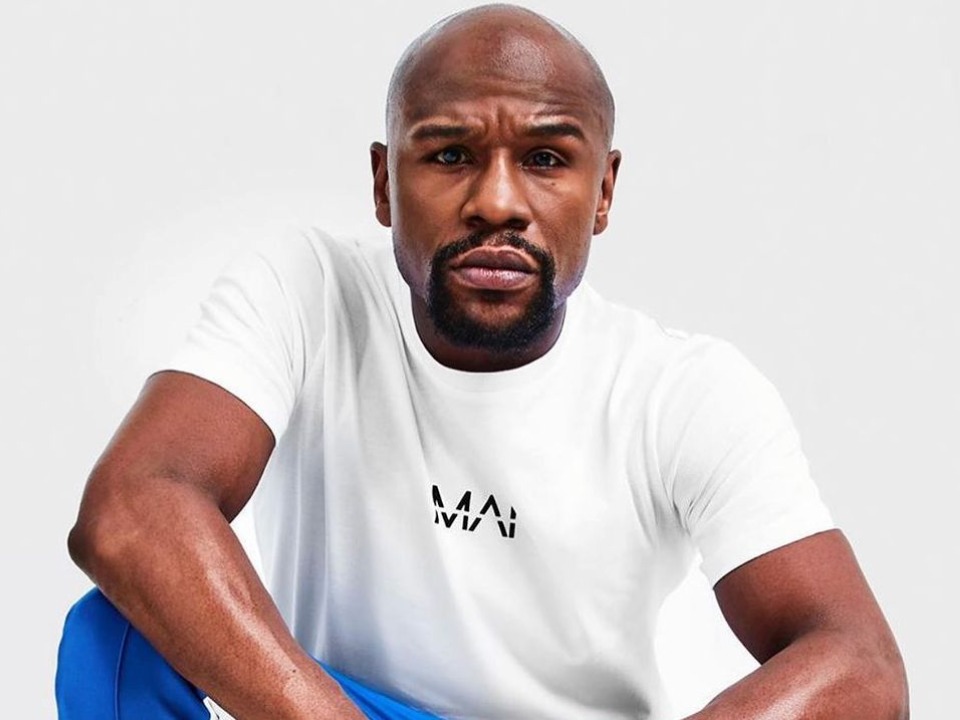 Floyd Joy Mayweather Jr. is an American professional boxing promoter and former professional boxer. Floyd Joy Mayweather Jr. was born in Grand Rapids, Michigan on 24th February, 1997 in a family of boxers. Boxing became a part of his life from childhood and the credit goes to his father however, he went through very rough times as a child. His mother was addicted to drugs and alcohol and his aunt died of AIDS due to drug abuse. As a child he has seen and gone through a lot of tough times.

Nobody would believe it that he stayed in just one bedroom with the entire family and at times without electricity looking at his present condition.Floyd came from a very poor family and fought many battles all through not only inside the ring but outside the ring as well. He was a student of Ottawa Hills High School and had to drop out of school in order to focus on boxing due to financial crisis.

His parents are Deborah Sinclair his mother and Floyd Mayweather Sr. His father was a former welterweight contender while his uncles were professional boxers. He has three sisters Fannie Orr, Deltricia Tawanna Howard, Fatimah Mayweather and one half brother Justine Mayweather Jones. Floyd has won fifteen major world titles during his career and competed from 1996 to 2015 and made a one fight come back in the year 2017. He is one of the most famous lucrative attractions in sports and even listed as the highest paid athlete in the world.

Boxing was in his blood and Floyd began his amateur career in 1993. He won the main prize of semi – professionals – Golden Gloves in three years. This young and energetic boxer very soon had 90 fights to his name with just 6 losses out of them. He made his debut in the international arena at the Olympic Games in Atlanta, where he stood third. Floyd’s first fight in a low weight category was a competition against Roberto Apodak. He proved to be a super boxer with 15 fights which often ended with a knockout. He soon formed his own style of boxing which was very effective and which made him a winner throughout.

At the young age of 21 he became the WBC world champion by defeating Genaro Hernandez. He was called rookie of the year and won the title four times. One of the most famous fights was against Saul Alvarez.he also fought for WBA super, WBC and Ring titles in the year 2013. In the year 2014 the champion Floyd missed most of the hits from the opponent Marcos Maidana but finally won with his own technique. His unique technique made him a winner all through his career.

As compared to his career he has not had a very successful personal life. He has been in relationships with several women. Floyd has never been loyal to his girlfriends. His first relationship was with Erica Dixon. Then he dated Josie Harris and they were in a relation for 14 years. They separated due to personal reasons and then he was with Melissa Brim for 2 years.

He was in an affair with Shantel Jackson and during that time he dated Rozonda, Keyshia Cole, Jessica Burciaga and Princess Love. Currently he is dating a 19 year old Doralie Medina. Though he has not been loyal to his relationships he has proved to be a very loving and caring father. Floyd has four children named Lyanna, Jirah, Koraun and Zion Shamaree Mayweather. He gifted his daughter Lyanna a Mercedes 550 S-Class on her 14th birthday. Floyd has seen a lot of ups and downs in his life and has been a part of many controversies time and again. He has been sentenced to jail for domestic violence as well as other criminal offense too.

Floyd who started boxing as a child grew up to be one of the finest boxers in the world. He being on the highest paid list of boxers in the world is estimated to have a net worth of around $ 560 million. Floyd is known for his 50 wins and 0 losses which has helped him to earn a huge amount of income as well as name and fame for himself.