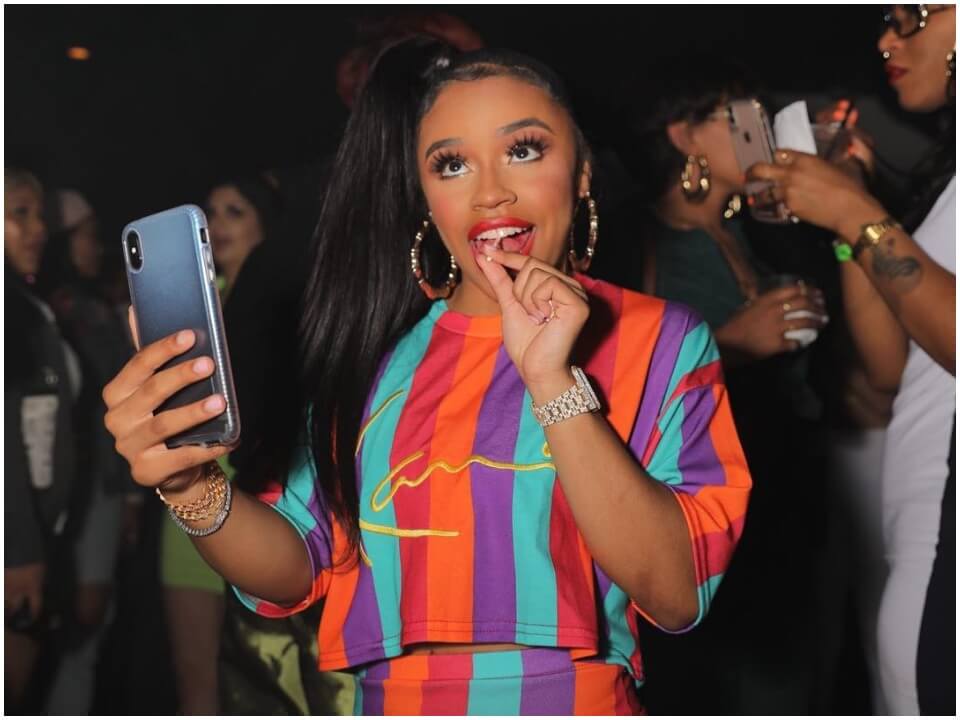 Iyanna Mayweather also known as Yaya, daughter of boxing behemoth Floyd Mayweather Jr. is arrested and booked with assault charges. She was born on 20th May, 2000 and probably aspiring to make her career in music world. Yaya has been accused of stabbing a woman in Texas. According to TMZ, Iyanna has been detained on early Saturday morning and is sent to Harris County Jail. The victim by the nameLapattraLashai Jacobs, baby mother of NBA Rapper is been hospitalised after facing couple of knife wounds. Her condition is unknown and no information is released by police regarding the condition of the victim.

The whole incident in brief

It was early morning on Saturday when Iyanna went to NBA Rapper Kentrell DeSean Gaulden’s house. There she found Lapattra Lashai Jacobs being very close to her love. According to Yaya (Iyanna) the rapper is her lover and fiancé. After spotting the girl in the house, Iyanna thought it disturbing and was very annoyed and angry. She asked her to get out of that house but Jacobs denied. On the other side, Jacobs, the victim repeatedly argued that she is the baby mother of rapper.

And the anger turned into the quarrel. According to claims made by Yaya, Jacobs started yanking her hairs and she had never seen Jacobs here in her life which made her even angrier. The burst went into the kitchen where Iyanna saw two knives which she used to harm Jacobs. Iyanna stabbed with the first knife but seeing noting affected much she pulled another knife and again stabbed her which injure the baby mama severely. The Houston Police Department arrested Iyanna on Saturday 4th April, 2020 at 1.30 AM from Rapper’s house.

The HPD has kept Yaya in prison and has bonded with $30000 USD. We are not able to confirm whether she is been bailed out or not. For now she is charged for felony and assault that reached Jacobs in hospital with critical conditions. According to latest news, she has been charged with aggravated assault and could face from 5 to 99 years prison if convicted for stabbing Lappatra Jacobs. Moreover, YaYa hired Kurt Schaffer to represent her and he said Iyanna wants pled not guilty when returning to court in August.

On the other side we are not able to confirm that Jacobs and Youngboy having any child or not. However there are positive rumours that claims that they do have a child with Jacobs. As on date NBA Rapper Youngboy named KentrellDeSean Gaulden is a father of four children viz. Kayden, Kamron, Taylin and Kamiri.

Being a daughter of boxing star the world has ever seen, Floyd Mayweather she is lving her dream life. Talking about her career then she tried her luck in music world and even released few songs as well. In addition to this, she is a social media sensation so lots of brands approached her for their products promotion. However, her exact net worth is still not available whereas his father’s net worth estimated at whopping $750 million.