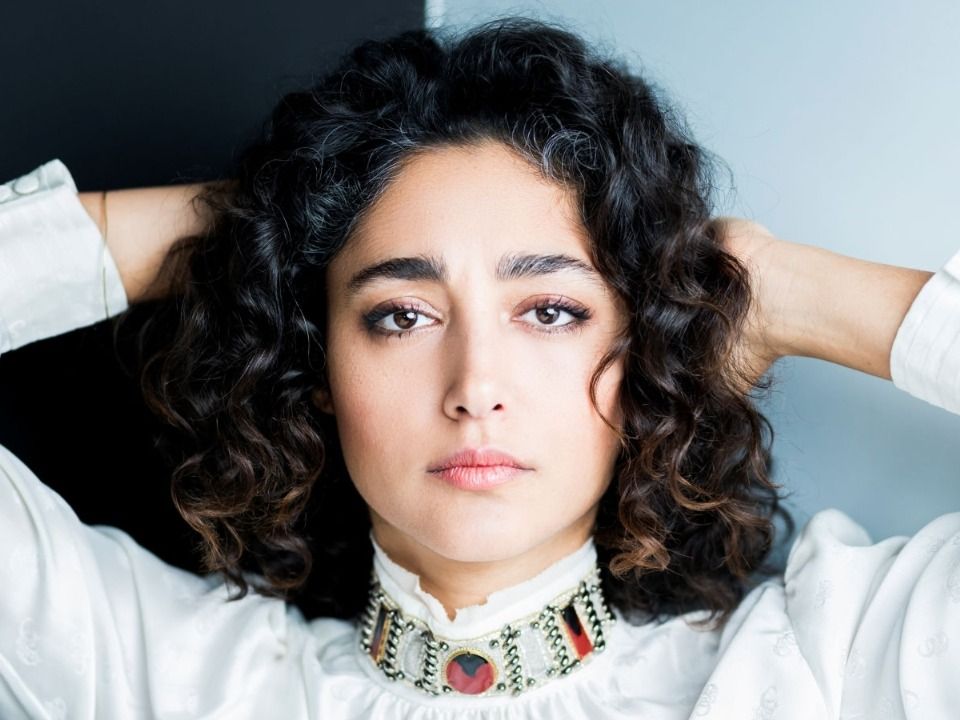 Golshifteh Farahani is a famous Iranian actress and singer who has appeared in many films through which received international recognition. She was born in Tehran, Iran on 10th July, 1983, a daughter of a theatre director and actor Behzad Farahani and Fahimeh Rahim. Her elder sister is Shaghayegh who is also an actress. Her brother is Azarakhsh Farahani who is an actor and music composer. At the age of five Golshifteh began studying music and piano and then entered a music school in Tehran, Iran. She completed her graduation from Islamic Azad University, Tehran, Iran.

Golshifteh began her career at the age of 14 as an actress in the Iranian film, Derakht e Golabie in 1998. She is a talented actress and has got a lot of international fame as well by acting in The Patience Stone directed by Atiq Rahimi, the fantasy film Pirates of the Caribbean, Dead Men Tell No Tales where she played the role of a sea witch Shansa, Paterson the American film directed by Jim Jarmusch and many more.

Farahani has also been a theatre artist and has acted in various plays which include Maryam and Mardavij, The Black Narcissus, A Private Dream and Anna Karenina. She is to be seen in Rumi’s Kimia directed by Dariush Mehruji which is based on the novel Kimia Khatoon.

Golshifteh is involved in working as an advocate for the eradication of tuberculosis in Iran. She works for environmental causes as well.

Farahani got married to French director and producer Amin Mahdavi in 2003 but due to personal issues separated in 2011. In 2012 she married French actor Louis Garrel. Their marriage lasted for just two years. There were rumours that she was also in a relationship with Matthew Silver the actor and producer in 2015. Later in the same year she married Christos Dorje Walker an Australian somatic psychotherapist but they divorced within two years.

Farahani was prevented by the government authorities from leaving Iran after her appearance in the U.S. film Body of Lies. She was not present for the movie’s American premier. In the year 2012 she was prohibited from entering her native land Iran after posing nude in French Madame Figaro. She was told to leave as Iran did not want actors like her in their country.

Golshifteh is an eminent actress. She has worked hard although her career and being a talented actress has been able to earn fame for herself. According to sources it is estimated that her net worth is around $100,000.