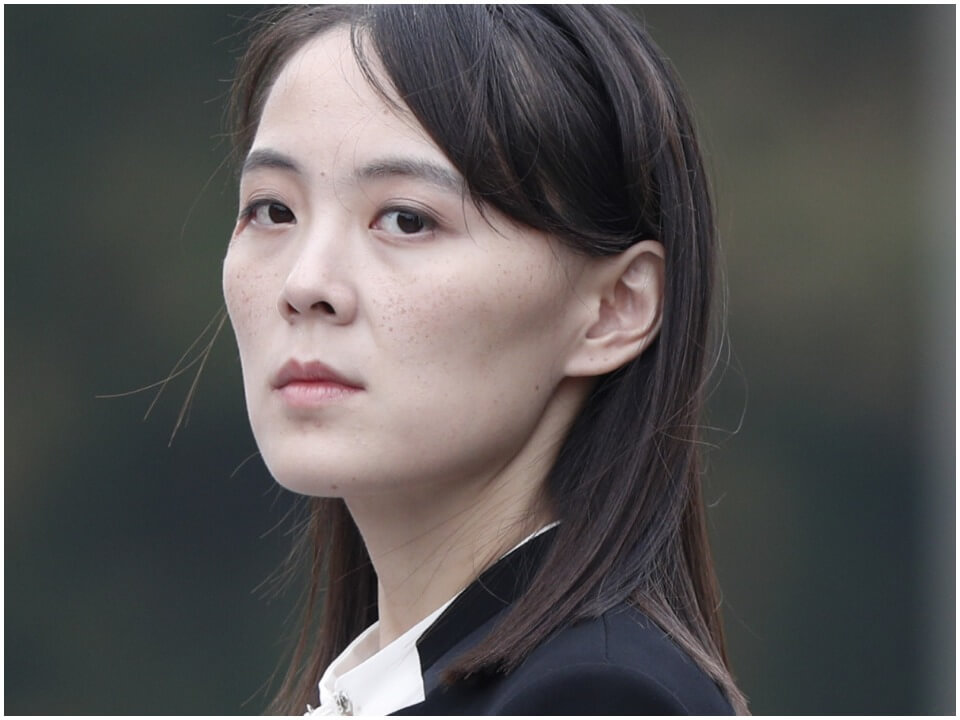 Kim Yo-Jong sister of Kim Jong-Un is one of the strongest contenders to succeed the position of Supreme Leader of North Korea in case of his demise. She was born on 26th September, 1987 in Pyongyang, North Korea as the youngest daughter of Kim-Jon-il and Ko-Yong-hui also closest sister of Kim Jong-Un. At present, she is working as the first deputy director of Propaganda and Agitation of North Korea and member of Politburo Workers Party of Korea. When she was six years old, her grandfather died, the country’s founder Kim Il-sung, and her father took over the government.

Yo-Jong spent most of her early childhood in her mother’s isolated residence in Pyongyang before being sent to a private Swiss school in Bern. She said to share a strongest bond with his brother Kim Jong-un because both studied together while in isolation from 1996 to 2000. Upon returning to North Korea, she reportedly studied at Kim Il-sung Military University and computer science at Kim Il-sung University.

She was identified for the first time in a photo session of the participants of the 3rd Conference of the Workers’ Party of Korea in September 2010, when she was next to her father’s personal secretary and his supposed lover, Kim Ok. In December 2011, she appeared on national television for the first time at her father’s funeral and gained lots of media attention. She appeared with her brother and led at least twice a procession of high-ranking party members who bowed to the coffin.

After her brother seized power, she regularly accompanied him on official appointments, such as military inspections and on-site inspections. Most of the time she was dressed in a green jacket, as worn by reporters and photographers in North Korea. At the beginning of the same year, she had been appointed to the National Defense Commission as her brother’s tour manager. As a member of its executive offices she was responsible for scheduling, logistics and security arrangements of his public appearances. Apparently, she is believed to be one of the few people with direct access to Kim Jong-un.

She was first officially mentioned on March 9, 2014, when she accompanied her brother to the election of the Supreme People’s Assembly and cast her vote. She was described as a senior official of the Central Committee of the Korean Labor Party. On 28th November, 2014, she was appointed as Deputy Head of the Propaganda Ministry of the Labor Party prior before promoted to leadership position in March 2015. On July 24, 2015, she also took over the agitation and propaganda department of the People’s Republic of North Korea. As deputy director, she is responsible for the development of the personality cult around her brother.

When Kim Jong-un had to undergo medical treatment in October 2014 and was temporarily completely gone from the public, it was reported that She had taken on important official functions. Beginning in February 2018 she took as part of the North Korean delegation, together with the protocol-head of state of the DPRK Kim Yong-nam at the opening ceremony of the Winter Olympics in Pyeongchang.

It was the first time that a member of the North Korean ruling dynasty travelled to South Korea since Korean War. In the event of Kim Jong-Un’s death, it is very likely that Kim Yo-jong will become the country’s supreme leader. This possibility has increased even further since 2020, after suspicions that Kim Jong-Un’s state of health has deteriorated.

In January 2015, it was reported that Kim Yo-jong married Choe Song, the second son of government official Choe Ryong-hae. She was pregnant and was expecting a child in May 2015 however no identity revealed regarding the father of the child. In addition, the unidentified father is believed to have been an officer in the alleged Division 39 or was working in a military unit responsible for protecting the country’s leader.

It is impossible to get information about exact net worth of North Korea ruler dynasty members because of privacy. But, in future if we get any reliable source to disclose probable wealth then it would be updated here the very next moment. Apparently, according to reports his borther Kim Jong-Un accumulated net worth of more than $5 billion.