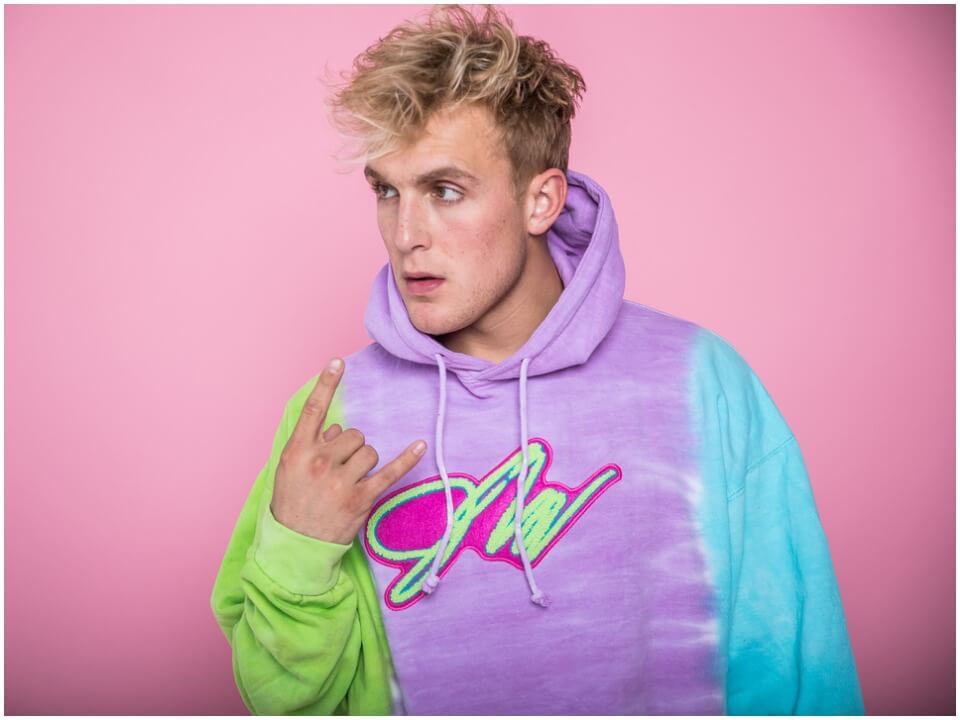 Jake Joseph Paul an American YouTuber, actor, musician and wrestler was born on 17th January, 1997 in Cleveland, Ohio and grew up in Westlake, Ohio. He belongs to a middle class family. His mother is Pamela Ann Stepnick who is a nurse and his father is Gregory Allan Paul a real estate agent. His brother is Logan who is a social media entrepreneur and he began creating videos at a very young age and achieved a lot of fame. It is because of his brother’s success Jake also saw the opportunity and began creating videos as well.

Jake Paul was a wrestler but in September 2013 after he launched his Vine account and started uploading videos his career tables turned. Jake soon became a very famous Vine Star with around 2 million followers in just a couple of months. He does hilarious videos as well as crazy and risky ones too and is known for taking risks in creating his Vines. He works at times in collaboration with his brother Logan who is also a Vine Star. Although his brother’s videos are much more professional as compared to his.

Jake has also proved to be a good actor and has been a part of a comedy drama Dugan, a Fox Digital Studios production Mono that was released in US in July, 2016. He also featured in a comedy dram released in US on 10th February, 2016 as a mettle essaying character like Lance in the YouTube Red original film Dance Camp. Jake is the first social media celebrity to have a role in a Disney Channel regular series titled Bizaardvark. He is also known as One Take Jake because of the difficult scenes that he does with so much of ease and in one take.

Jake also dated Erika Costell in summer 2017. She is known for her swim, fitness and lingerie shoots and is also a singer and YouTuber. On 28th July, 2019 Jake Paul and Tana Mongeau an internet personality got married at the Graffiti Mansion in Las Vegas after he had proposed to her on her 21st birthday via bottle service at a club along with a cake with a diamond ring topper and the picture of the two of them on the cake.

Jake the YouTuber and social media entrepreneur rose to fame on social media platform, Vine which eventually shutdown. But he had gained millions of followers from this application. His estimated net worth is about $ 19 million.