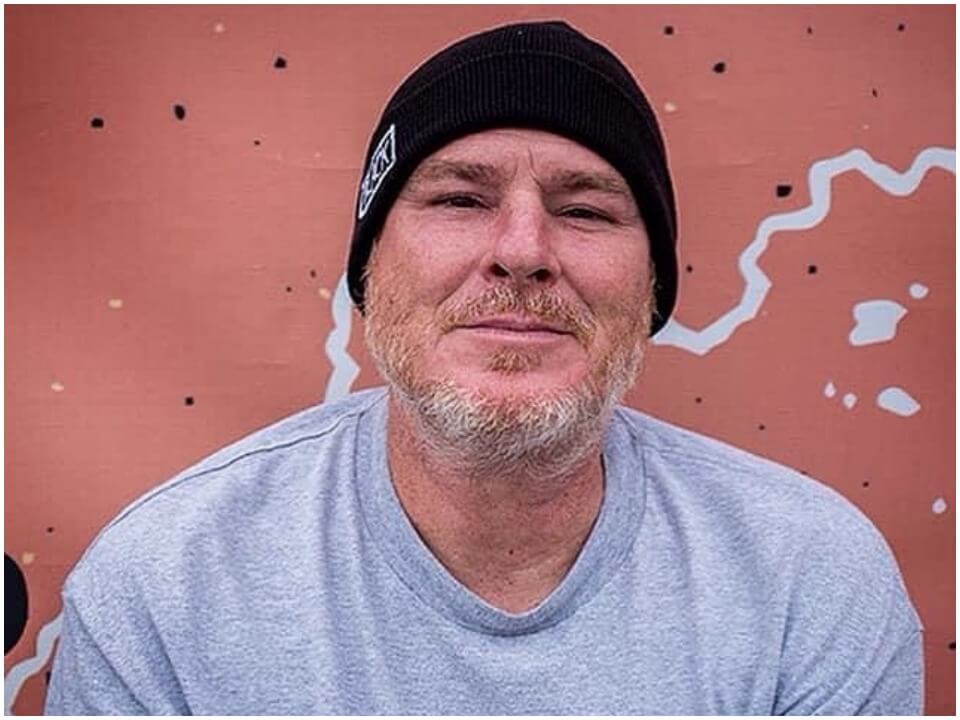 Legendary skateboarder and host of Youtube’s Vans Loveletters to Skateboarding, Jeff Grosso died unexpectedly at the age of 51 on 31st March, 2020. He was born on 28th April, 1968 in Glendale, California and when he was five years old, he got his first skateboard. His mother brought it from her boss which was a California Surfer board and he couldn’t even stand on it because of hill area. So, he instead of standing on it, he sat on it and rolled down the hill and enjoyed until he dissolved the wheels. His mother realized his passion and love for skateboard thus she gifted him a brand new California Comet skateboard.

Jeff commenced his professional career when he was 12 years old and participated in a contest and won it. After that, it just kept going on like this for him despite skateboarding at that time still not popular. Along with his friends, he roamed across the city in order to find new parks where they can ride and later he started skateboarding at homemade ramps and pipes. Jeff was so dedicated in it and only due to his hard work, he got scholarship from Veriflex. Upon completion of high school studies, he continued skateboarding and turned pro for Schmitt Stix before coming back to Santa Cruz. Talking about his experience on 80s circuits he said,

“It was killer. I got to travel the world and hang out with Hosoi and the Gonz, and the Texans, like Craig Johnson, Gibson, and Phillips. I skated with Groholski and all the East Coast dudes, Josh Marlowe and Fred Smith. Skateboarding, as far as the people that did it — was still super small. It had died off and everyone was just doing it for the love of it. Then all this money started coming back into it.”

Despite his immense success in this sport, he was addicted to drugs and there were lots of ups and downs throughout his career. He stated in an interview that he had tried out every drug found in the book and he was badly in addiction of pain pills. Jeff once tried to kill himself after overdose of three times of heroin at his mother’s home. He stated,

Jeff Grosso Cause of Death

First news of his death was reported by Skateboarding Transworld and stated that he died at him home on 31st March, 2020. However no exact cause of his death was reported because just a day before of his demise, he shared video on Instagram. He was really happy and no sign on illness either seen on that video. At the moment, name of his wife is unknown and he was living with his 8 years old son names Oliver. Micheal Burnett of Thrasher Magazine posted about his death on Instagram and said,

“Today we have the terrible task of saying a heartbreaking goodbye to beloved verticalist, commentator and friend of the mag, Jeff Grosso. Jeff went from number-one amateur to 80s superstar to [the] cautionary tale and back again. His latest role as [a] lovable curmudgeon, host of his own history-packed web series and keeper of skateboarding’s righteousness, unafraid to offend or annoy in his quest to educate, was by far his greatest – second only to being Oliver’s dad.”

Tony hawk, another living legend in skateboarding, shared his heartfelt tribute to him. He said,

Jeff was a true skateboarder at his core, and a great wealth of entertainment, insight and valuable philosophy to a younger generation. I was lucky enough to skate with him over the last four decades and occasionally featured on his Vans’ Love Letters series.”

Jeff was one of the highly reputed persons in the skateboarding and so many considered him as a great wealth of entertainment. Throughout his entire career, he was focused and dedicated towards his passion and amassed so much worth and fortune from it. However, exact number of his net worth is not available at the moment.