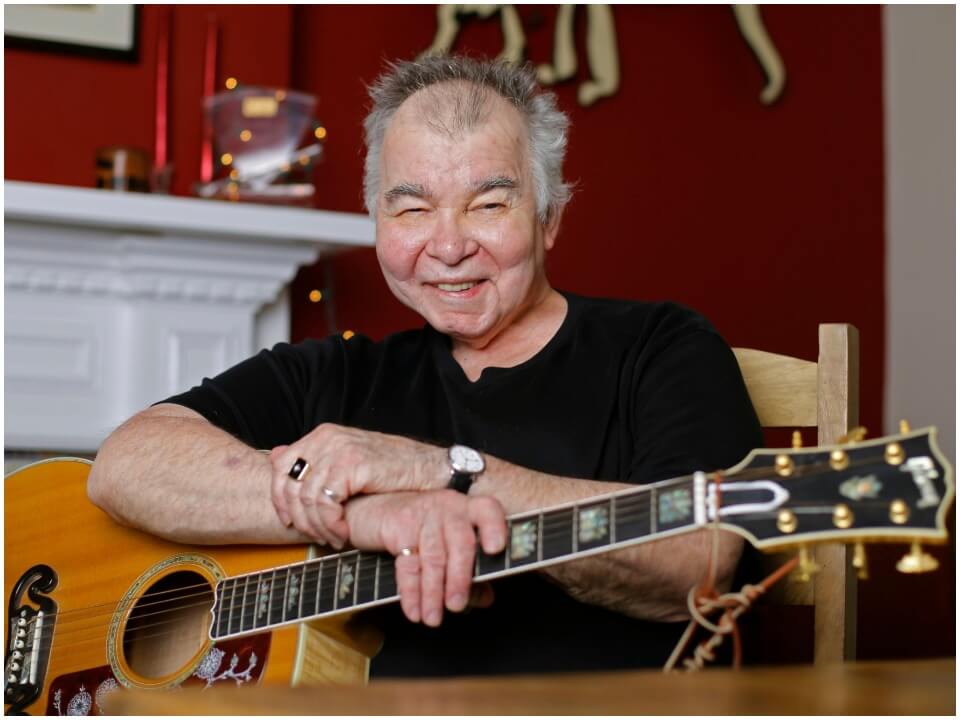 American country star and veteran singer John Prine is no more with us! He died on 7th April, 2020 at Vanderbilt, University Medical Center at 73 years of age. Previously he was critically ill due to complications from coronavirus. He was born on 10th October, 1946 in Maywood, Illinois and his passion towards music was discovered since his childhood. When he was 14 years old, he started playing guitar and it was his brother who taught him and later attended classes at Old Town School of Folk Music.

He graduated from high school in 1964 and worked for two years as a postman for USPS in Chicago, Illinois. In Chicago, he started playing in bars, with a repertoire that included songs like Sam Stone and Paradise. In 1970 he obtained his first entry into the “Fifth Peg”, then the “Earl Of Old Town”.There he met Steve Goodman with whom he established relations of mutual friendship and admiration.

Kris Kristofferson, a star in those years, was a key factor that helped John kicked off his career as the artist’s musical godfather. Kristofferson was not the only one to sing his compositions, as other American root sound stars like Johnny Cash have also versioned his songs. The 70s, with very prominent records such as “Bruised Orange” (1978), marked the career of an artist accustomed to appearing and disappearing and who had always managed to take refuge in a discreet background. In 1991, The Missing Years was recorded, his most successful album, which sold over 500,000 copies and earned Prine a Grammy.

John Prine had a long history of physical mishaps and health problems as he had cancer on several occasions. In 1998, he suffered cancer of the neck and his recovery altered the tone of his voice, more hoarse and serious from then on. Back in 2013, he underwent treatment for lung cancer and even forced to remove a part of lung as well. Prine had been active in the 21st century with works such as “Fair & Square” (2005) and “The Tree of Forgiveness” (2018). Fair & Square won him the Grammy Award for Best Contemporary Folk Album and he was named Artist of the Year.

Looking at to the situation and victims of covid-19, those who are already suffering from other disease couldn’t tackle it. So based on that, it was quite difficult for him as he had history of cancer twice in the past. He died due to symptoms developed from coronavirus. This grieving news left his fans shocked and many believe that he was a true legend and no one will ever be like him. Stuart Henderson, Canadian documentary producer wrote,

There was no one better than John Prine. There’ll never be another. Feelings are strange Especially when they come true And I had a feeling That you’d be leaving soon. So I tried to rearrange All my emotions But it seems the same No matter what I do.

Fiona Whelan Prine, the musician’s wife’s last past about status of John’s health on twitter stated,

“This is John’s 8th day in ICU . He is receiving excellent medical care and being treated with kindness and compassion by the entire team looking after him day and night. I cannot be with him which makes this nightmare all the more distressing…”

Keb Mo shared his memories on the social media and posted,

John Prine . He done gone over to the Other side with Bill Withers, two of the Great Ones. How fortunate we all are to have witnessed the Humanity of these great men. We’re gonna miss these two. -KMo @JohnPrineMusic

Jhon was one of the most influential figures in the folk and country music who spent almost 5 decades in musical career. His net worth is around $300 million if we consider all of his fortune, properties and sole ownership of songs.