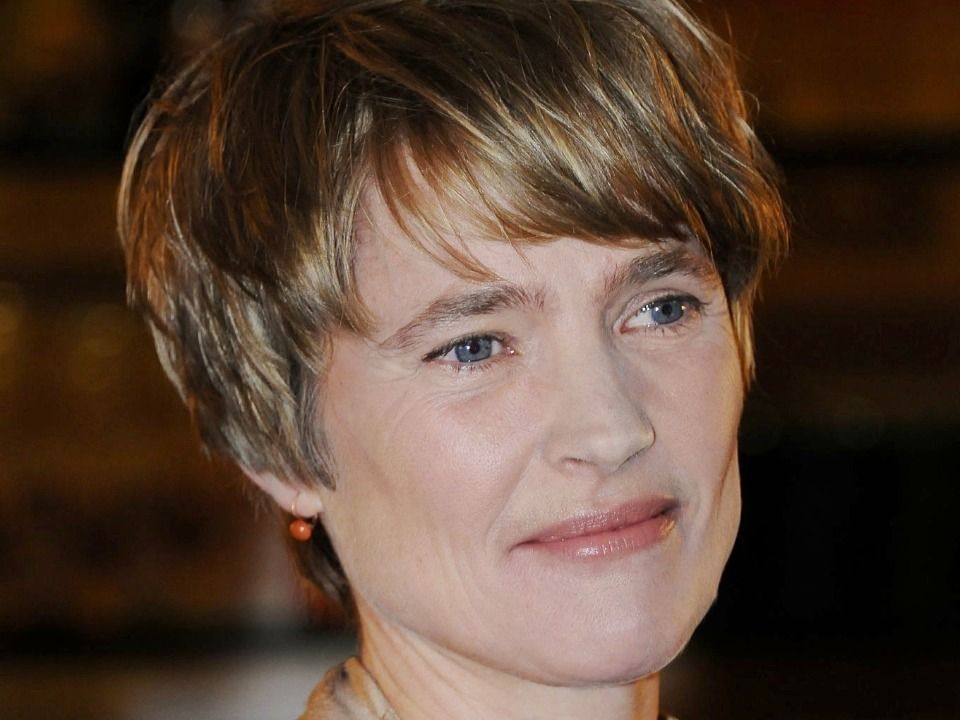 Karoline Eichhorn is a German woman. She is a famous actress who has worked in films and television series. With her acting skills and her dialogue delivery Karoline is placed in the hearts of her fans. Currently she is working in German Netflix’s Original series – DARK. The series is all about four families who gets encountered after two children gets missing. Eichhorn is seen acting fabulously at such an age.

She was born in Stuttgart in West Germany on 9th of November, 1965 and got her education from Waldorf School in her birth city itself. She graduated from the school in 1986. From her childhood she was fascinated with the film and hence decided to become an actress. Hence she took admission in Folkwang University of the Arts in Essen and studied there for three years till 1989. She was always interested in doing theaters for life. The actress is married to Arne Nielsen who is a Danish writer. They together have a daughter viz. Jule Nielsen Eichhorn in Hamburg.

Eichhorn from her early life was dedicated to theaters. Hence she started her career with theater itself. After completing her studies in the Folkwang University in 1989 she joined famous Schaubuhne theater in Berlin started doing several theaters until 1995. It was in 1995 Karoline signed her first ever movie, Drei Tage im April and later Der Sandmann. After the release of these films she became so famous and was being appreciated by the audience and the casts she worked with. After that she started getting offers for numerous movies and television series.

In her lifetime in the industry Eichhorn has acted in over 75 movies and films and the count still continues. Not only she signed for theaters and films, Karoline has also worked in lots of television series. Her first experience of television series go back to 1988 when she was still in her college. She was captured acting in an episode of Oh Gott, Herr Pfarrer. She is known for acting in substantial number of German Television productions. The German actress has received several awards for her acting skills and dialogue delivery. Some of her awards are Best New Actress in 1966, Bavarian TV Awards in 1998, Adolf-Grimme-Preis in 1999, Best Actress in 2001 and several others.

Currently she is in the news because of her acting in German Netflix Original series Dark which was first released in 2017. The series is all about 2 children gone missing in Winden city of Germany. This leads four different families to encounter each other. The series talks about the time travel using a wormhole found near a power plant nearby the city. The series is a fiction but it gets right into our minds and pushes us to watch the whole series till the end. Recently the director announced of release of the third and final season of Dark.

Karoline has been working for several theaters. She has worked in over 75 movies and more than 30 television series. She has given her whole life to acting. Her sheer dedication and hard work has placed her above other actress in the industry. She generates her income from several ways such as acting, movies and tv series and theaters. She also earns from royals and endorsements and shows. As per our estimations the Dark actress is having a net worth of over $1 million USD.