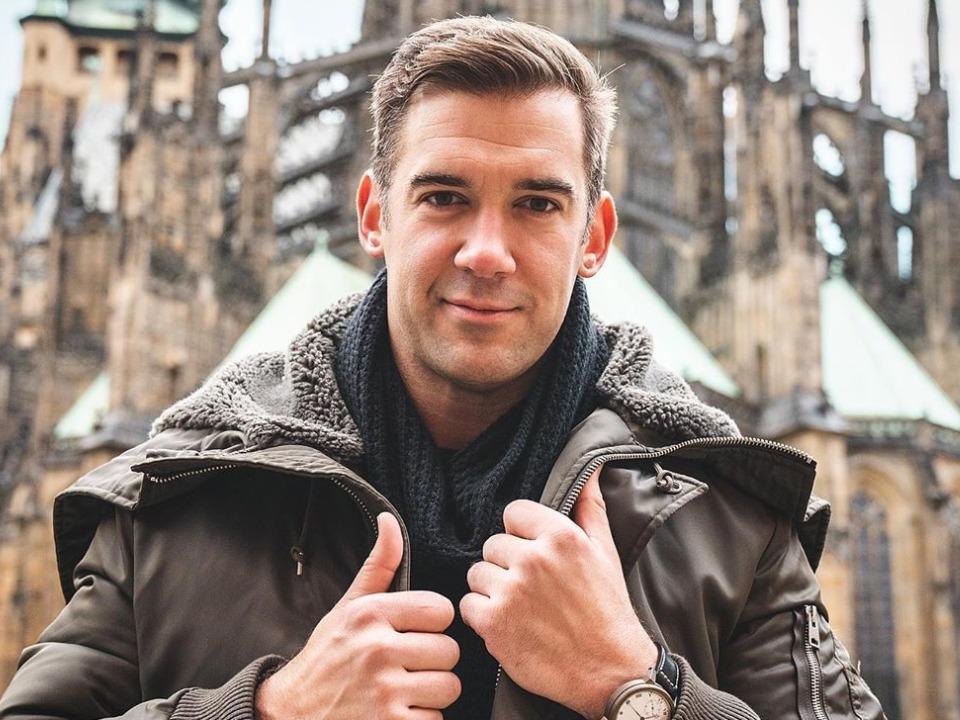 Lewis Howes is a popular American author, entrepreneur and also a former professional Arena League football player. He is famous for his podcast talk show The School of Greatness. He is considered as one of the most successful entrepreneurs and this is all because of his hard work and dedication towards his work. Lewis has also achieved the NCAA record for most receving yards catching for 418 yards.

Lewis was born on 16th March, 1983 in Delaware, Ohio. His father worked in the insurance business. This young boy who was sexually abused at the age of five was a very introvert child. He grew up in the midst’s of many problems. At a very early age he saw his parents going through a divorce. One of his brothers was sent to jail for selling drugs, his sister was into alcoholism. His elder brother is a musician and teacher. Due to the struggle he went through he was not able to cope up with his studies and kept lagging behind. He was placed in a special class but he found that school was a torture for him. He slowly gained confidence in himself and attended Principia College and later Capital University.

Lewis was a professional footballer and a former NCAA record holder. During his first Arena League he hit against a wall and broke his wrist but the determined player continued the season with his broken wrist. Unfortunately he had to undergo a surgery and that was the end of his career in football. Although he went through such a struggle he did not give up on sports and currently he plays handball for USA Men’s National Team. This strong man did not give up but continued his career as an entrepreneur. He founded a consulting firm named SportsNetworker for the sports industry. He also has many multimillion-dollar online businesses.

Lewis also started a Sports Executives Association, which is a monthly membership website especially for sports executive. This introvert boy turned to become a host of the podcast The School of Greatness where he has interviewed business leaders, actors, authors, musicians and many more. Lewis is also a popular author and has written books such as LinkedWorking: Generating Success on the World’s Largest Professional Networking Website, The YUlimate Webinar Marketing Guide, The School of Greatness: A Real-World Guide to Living Bigger, Loving Deeper and Leaving a Legacy and The Mask of Masculinity: How Men Can Embrace Vulnerability, Create Strong Relationships, and Live to their Fullest Lives.

Lewis has received a huge fan base due to his being a footballer, a very successful businessman and an author. At a very young age and after so many difficulties in life he has yet been able to reach to great heights due to his will-power and determination to success. Our estimations count shows Lewis’s Net Worth to be around $10 million as on date. There is lot more to come in his life and we are pretty sure Lewis will succeed in his career goals.