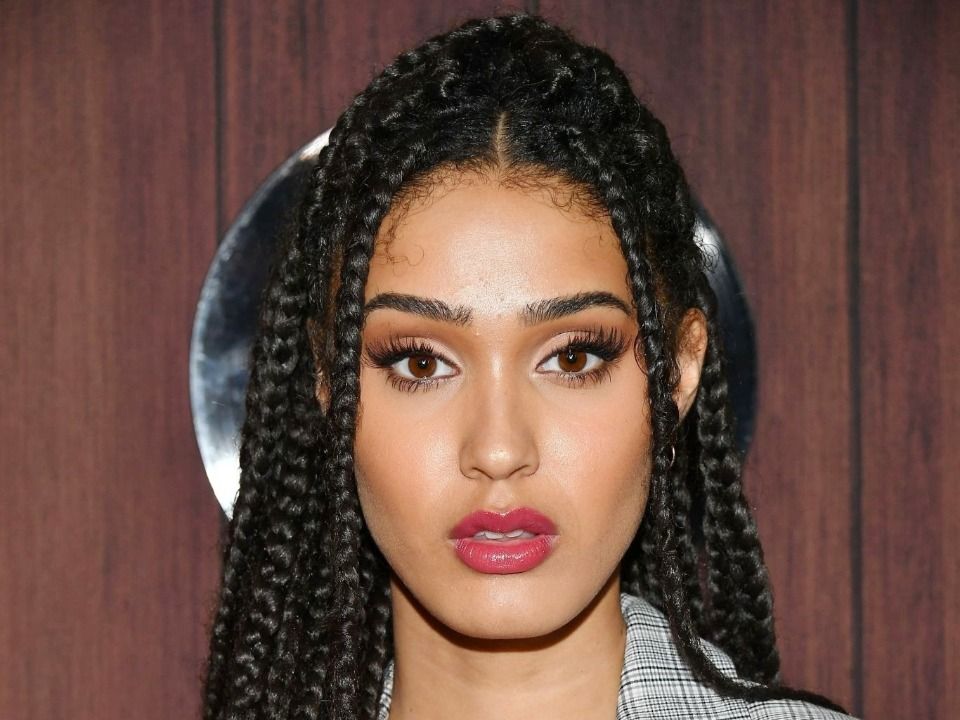 Lee Rodriguez is an African origin actress who was born on November 28 1999 as LaRhonza Lee-Rodriguez, in Fresno, California, United States. Her parents belong to African and later shifted to America. Lee is a singer, Actress as well as a Model. The California based model has lately gained popularity after been  in the latest Netflix Original Series Never Have I Ever. She is playing the role of Fabiola in the teenage drama series.

Few years later the starlet and her family moved to Hesperia, California. Rodriguez studied in Encore Junior High School. She also completed her senior schooling from the same school in Performing Arts. She completed her schooling in 2017. From the school itself Lee has been a multi-talented child and also a good athlete, model, singer and an actress.

Lee played with the Hesperia Youth Soccer League in under 14 girls’ team. She has always dreamed of becoming a singer and from her childhood she had been practicing for it. Lee is a very private and introvert person when it comes about her personal life. She likes to keep her personal life to herself. On the other hand she is very cherish and enthusiastic.

Rodriguez has always wanted to be into the music industry. However destiny took her to modeling and she started with the modeling industry by signing up with Nous Model Management in 2016. How can someone forget about their dreams and so is with Lee. Whenever she gets time, she takes her instruments and composes songs for herself and sings. She is blessed with a melodious voice. In the near future we can expect our model to release her song album.

Rodriguez got her break in the entertainment industry within a short period of time after she became a model. In 2018 Lee She was signed up and casted two web series viz. Class of Lies with role of Bea and Grown-ish playing the role of Naomi. Lee is included for Mindy Kaling’s latest series “Never Have I Ever” which is being premiered on Netflix from on 27th April, 2020.

The series is revolving around an Indian-Canadian (Tamil) girl who is wanting to change her social status but finds very difficult because of her friends, family and social status. The new teenage drama has been appreciated by the critics with positive reviews. Lee is casted and playing the role of Fabiola in the series where she is the best friend of Devi (main character in the series) and she loves Science.

LaRhonza She is a mutli talented starlet. Being a singer, actor and model helps her earn handsome money every month, year. We are also expecting her to enter into the music industry as she loves to sing and has a very good voice. We are estimating her net worth to be over $ 1.5 million.