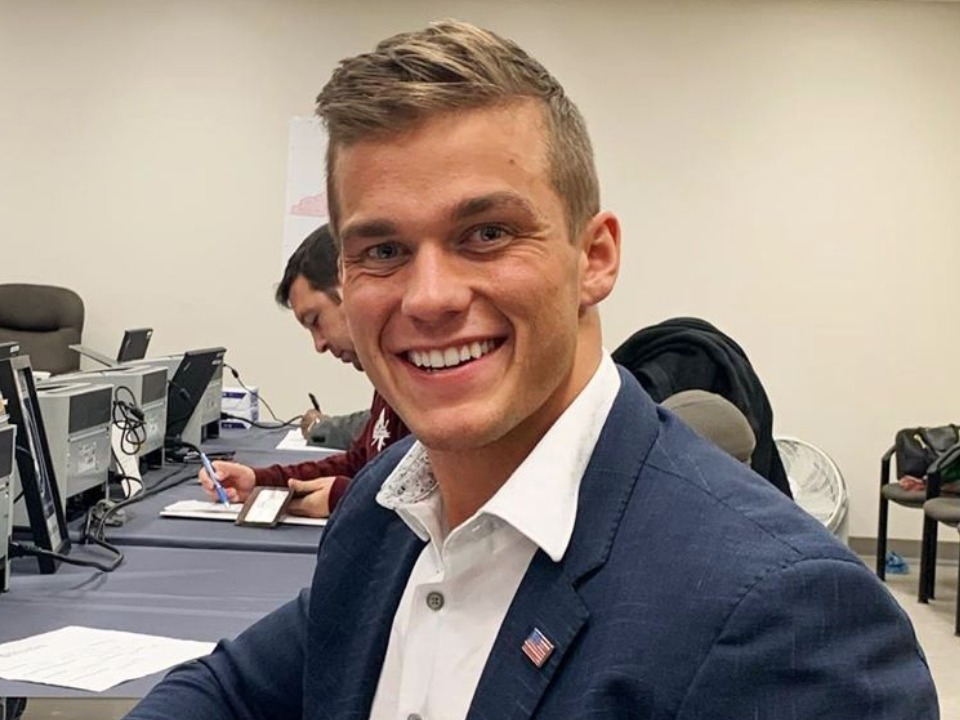 Madison Cawthorn is a famous American motivational speaker, businessman and politician. He belongs to the Republican Party. Madison after winning the primary elections in June is now the Republican nominee for North Carolina’s 11th congressional district elections in 2020.

Madison was born on 1st August, 1995 in Asheville, North Carolina. He is an American by nationality and belongs to Caucasian ethnicity. His father is Roger Cawthorn who was the general manager for the Saints organization in the year 2013 and his mother is Priscilla Cawthorn. He did his schooling from home in Hendersonville, North Carolina. He was interested in the military from the very beginning. After his high school he was nominated from then- Congressman Mark Meadows to the United States Naval Academy.

Madison also received Reserve Officers’ Training Corps scholarship from the United States Marine Corps. Madison’s dream to join the military was fatal. It was in the year 2014 when Madison was returning from his spring break trip in Florida with his friends that while travelling his friend at the driver seat fell asleep and their car crashed into a concrete barrier. The accident left 18year old Madison partially paralyzed for life. Madison is the founder and CEO of the real estate investment firm called SPQR Holding, LLC of Hendersonville, North Carolina.

He wanted to join the military but due to the accident he went through in the year 2014 he was unable to join the military. Madison defeated Lynda Bennett in June 2020 who had been endorsed by President Donald Trump in the Republican primary North Carolina’s 11th congressional district. He was supported by many of the local leaders. His victory has brought a lot of shock and has been described as an upset in the 2020 United States House Representatives elections. He is going to be the youngest member to be elected to the House of Representatives. Madison also works as a motivational speaker.

The young politician is currently dating Cristina Bayardelle. She is an athlete and fitness enthusiast. Cristina is studying for state boards for anesthesia. The couple is engaged and soon plan to get married.

Madison at the age of 24 has earned a lot of fame and name for himself. Even though he is paralyzed he has never given up on himself and his worked hard as a motivational speaker and as a CEO of his real estate company. His source of income is his motivational talks and through his company. His estimated net worth is not yet disclosed.