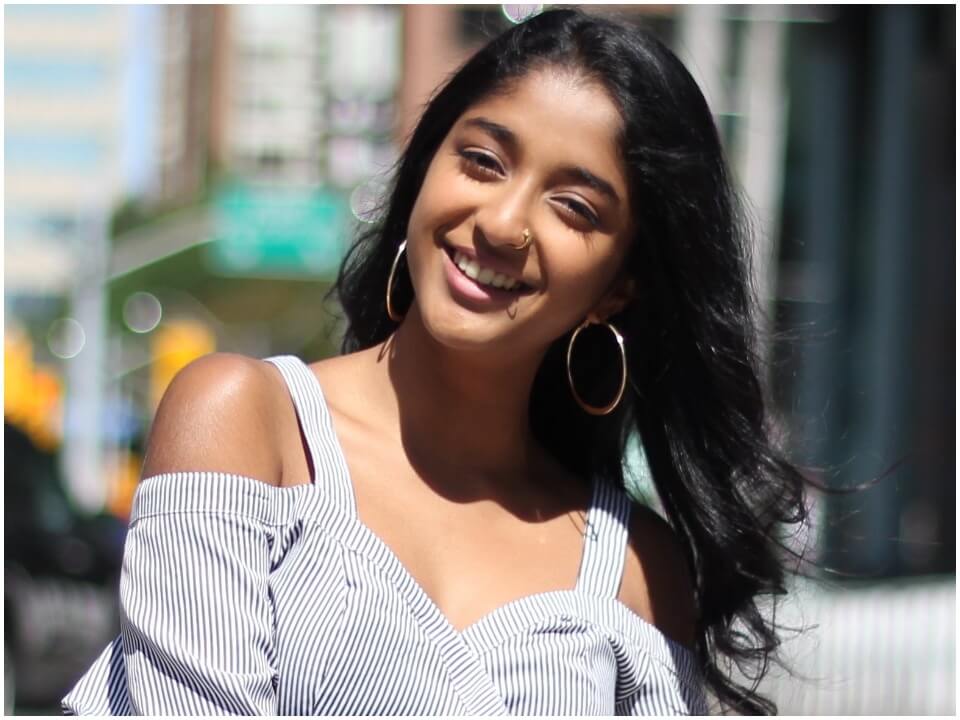 Maitreyi Ramakrishnan is a Canadian actress belongs to Sri Lankan Tamil decent. She was born either in 2001 or 2002 in Mississauga, Ontario, Canada however due to privacy her exact date of birth isn’t disclosed. Her family roots are from Sri Lanka and after surviving civil war in Sri Lanka, her whole family moved to Canada as refugees and later settled permanently there. Due to this, she is called as Tamil and Canadian however doesn’t identifies as a Sri Lankan though. She done her graduation from Meadowvale Secondary School and since those days participating in school plays.

Acting is her destiny since her school days thus since 10th grade, she actively took part in drama and school plays. Talking about her acting career then she landed breakthrough role in her first professional acting in Netflix’s Never Have I Ever. She portrayed the role of “Devi” and just nailed the every bit of it through episode 1 and now she’s also called as a Netflix star due to this. For audition part, she defeated other 15000 candidates in an open casting by Mindy Kaling.

Shaharah Gaznabbi, the best friend of her told Maitreyi that Mindy is arranging an open audition for South Asian teen for her upcoming project. It was for the lead role of a Netflix’s series so obvious rush of candidates to grab this opportunity was immense. Despite her first ever on screen experience on camera she looks quite confident and all set to become a next rising star from Netflix. Maitreyi even received widespread media attention due to her audition from Canada and so many leading media called her portrayal as “breakout performance”.

There’s no doubt that she would be a future star and probably currently rising teen star from Canada. Although it would be far too early because she’s just stepped in the industry and she’s got long run to prove her ability as an independent actress. Her net worth would be updated in future as soon as reported by leading media.