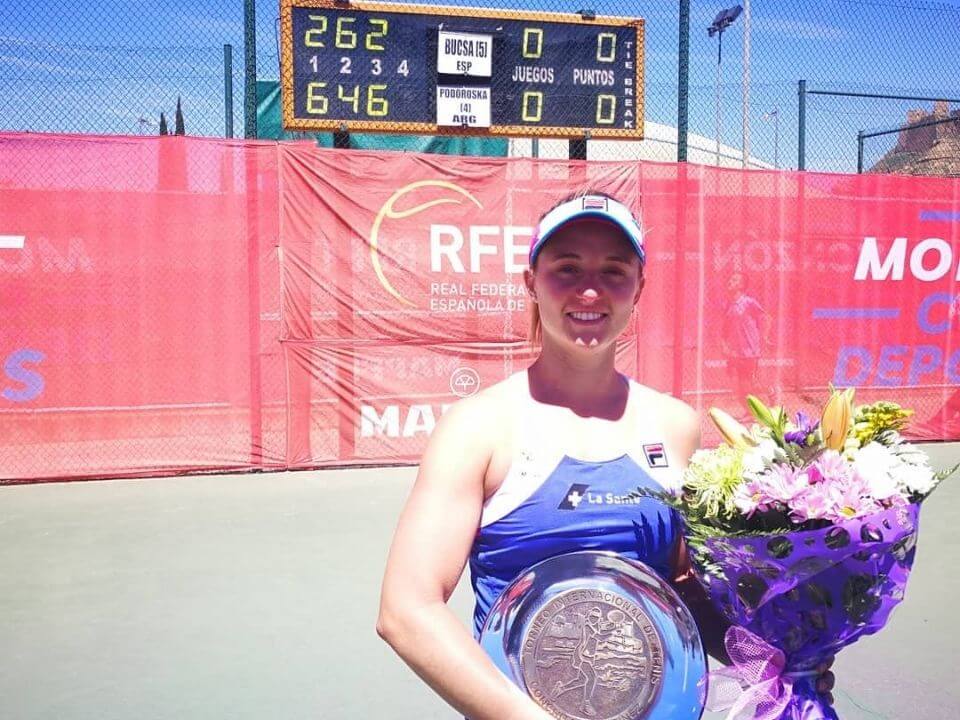 Nadia Podoroska is a professional female tennis player from Argentina. At 5 years old, she started playing tennis and won her first ranking point in 2012, when she was just 15 years old.In October 2020, when she defeated Elina Svitolina in the quarterfinals at Roland Garros, Podoroska became the first qualifier to reach the French Open semi-finals.

The famous tennis player is born on 10th February 1997 at Rosario, Argentina. The name of her mother is Irene, and her father’s name is Marcelo, and she has an older brother, Ivan, and a younger sister, Priscilla.

Nadia surname is from her Ukrainian ancestors. She relocated to Alicante in 2018 to be closer to the European tournaments. She is used to playing with a strong degree of success, mainly at the ITF level.

At the French Open, Nadia Podoroska had an excellent performance. The upcoming Argentinean players had to start her run qualifications, and in Paris after winning 7 matches and losing only 1 set on the way, she reached the quarters.

She managed to qualify for a major main draw just once in her career prior to this French slam and that was back in 2016 at the US Open when she lost to Annika Beck in the 1st round.

Nadia began playing tennis at Club Atlético Fisherton and has a great friendship with Gabriela Sabatini, an Argentinian tennis legend.

On the WTA Tour, Podoroska won one doubles title, as well as 14 singles and seven ITF Circuit doubles titles. She achieved her highest world singles ranking of No. 130. on 14 September 2020. She peaked at No. 111 in the doubles rankings on 23 October 2017.

Podoroska has a win / loss record of 12-5 while playing for Argentina&#39;s Fed Cup team. In October 2020, when she beat Elina Svitolina in the quarterfinals at Roland Garros, Podoroska became the first qualifier to reach the French Open semi-finals.She ranked world no.131; the Argentine has a 42-6 win-loss record in 2020.

There are no reports of Nadia’s having a boyfriend found on the internet. She is totally passionate about her career and doesn’t want to be involved at the moment in any relationship that would hinder her career.

The successful tennis player is followed by 75.9k people on Instagram, not many people follow her on Facebook, but about 3500 people are estimated to like her posts. It feels Podoroska is focused on her career and goals she is not much active on social media.

The net worth of Nadia Podoroska is projected to be $1 million dollars. From her primary career as a tennis player, she has earned so much money. Podoroska won a total of 8 ITF singles titles over an accomplished career, won a total of 1 WTA, 4 ITF doubles titles, and gained a total of $140,268 from the competition.