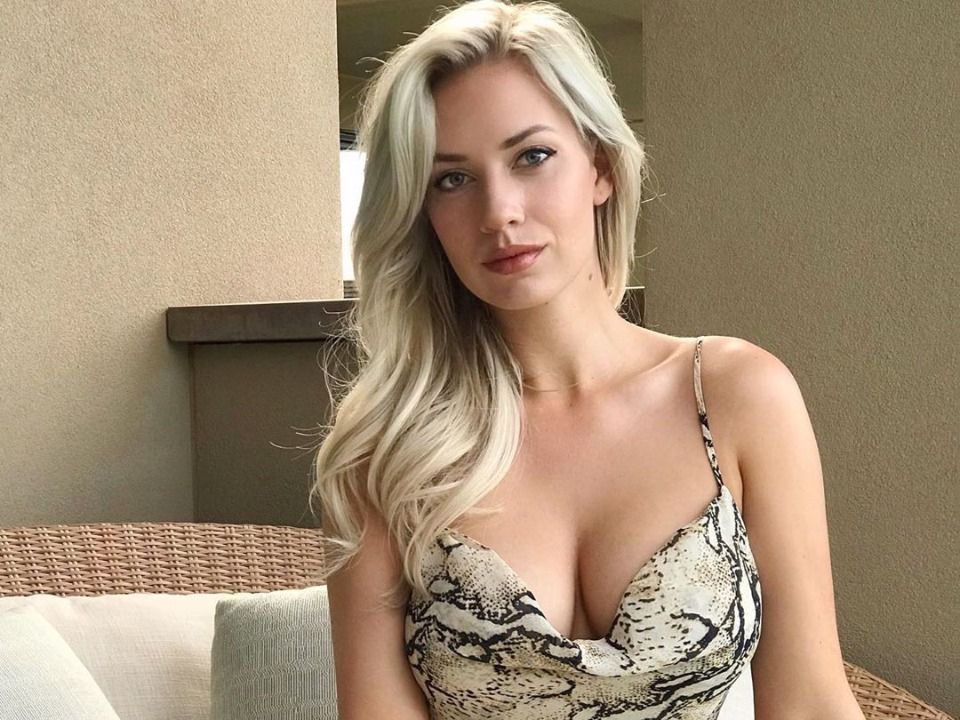 American golfer and social media sensation, Paige Spiranac is all over the news again after disclosing about her nude leaked in a podcast. She was born on 26th March 1993 in Wheat Ridge, Colorado in the Croatian family associated in athletics. Both her father as well mother participated in various sports events at national level. Whereas her sister is also an athlete who got scholarship in athletic and also participated in athletics completion representing Stanford University athletics team. Ever since her childhood, she started gymnastics with great hope to once make it to Olympic Games. Although her dream shattered at the age of 12, when her kneecap broken twice and had to quit it forever.  However she chose to golf and then trained with main aim to pursue career professionally.

From her university education, she initiated her gold career and won All Mountain West honours in 2012-2013. Apart from this, she contributed majorly in 2013-14 seasons when San Diego Aztecs reached to their 1st Mountain West Championship Conference. At the age of 22, she started professional golf career and debuted at Omeba Dubai Ladies Masters. Although she didn’t perform well according to her reputation and finished at 101st out of 107. She was criticized badly for this and also received accusations that she just wanted to gain popularity instead of showcase her talent. However she just thrashed tight slap to all her critics and she won her first ever title at Cactus Tour by defeating Hannah O’Sullivan.

Paige Spiranac’s elegance has earned her the world’s sexiest athlete award on various sports websites and publications. In the events in which she participates, the golfer is always one of the most requested and applauded by the public, but not always for her quality on course. Paige’s curves are so well known that they have already led LPGA, the North American professional organization for female golfers, to implement a dress code in the events.

She has already achieved Instagram star status, due to the sexy photos she shares. The athlete publishes several photos of her workouts, always wearing a smaller outfit. It leaves all her followers completely surrendered (she has more than 1.6 million followers on Instagram). Now, the golfer has made a video to show her new club in action. But what jumped out at everyone was the athlete’s body.

The American who is considered the “Kournikova of golf” revealed that an ex-boyfriend stole some intimate photos from her cell phone a few years ago and then shared them with friends. She made this statement through podcast “Playing a Round with Paige Renee”, said “People always warn us not to take this type of photos. The idea sounds fun and sexy, but is it worth the risk? Many of us have already done it”.

Paige revealed about her depression due to fear of nude leaks but so far, no such photos of her available on internet. Her boyfriend just shared with their buddies and if you find such pics then it would probably be fake or edited.

Paige spiranac recently shared her feelings and depression about her downfall in golf career. Apart from this, she revealed yet another dark side of sport for being too much bold. Paige stated that when she offered help to poor children, charity members declined it because of my looks. She said,

“I wanted to help this charity out and I wanted to give them free golf clubs. The guy wrote back and said, ‘We would love to but, because of the way our board members view you, you can’t help out’. I want to give back to these kids who don’t have anything, because I grew up not having anything, and I can’t even f***ing do that because of my cleavage”

It is obvious she is making quite a fruity income and fortune from her dramatic career and other endoresements. Her net worth estimation stands out at $1 million although this figure might differs from other sources.