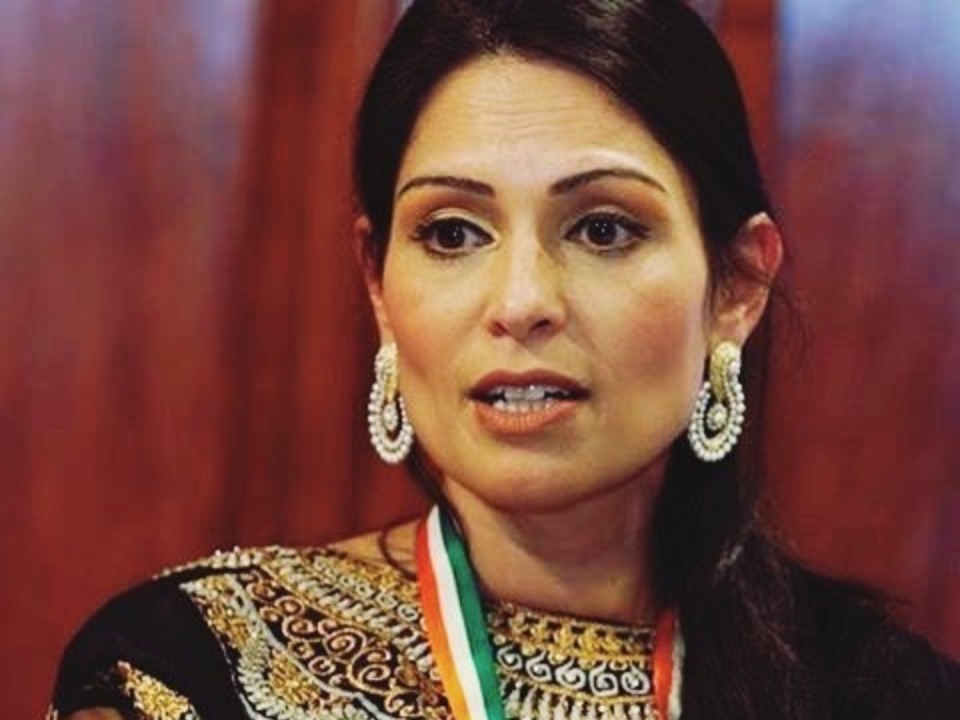 Priti Patel is Home Secretary of British Government that just launched point based visa system. She was born on 29th March 1972 in London and grew up in South Harrow and Ruislip. Her parents are Indians basically a family originates from the state of Gujarat. Patel family arrived in Hertfordshire from Uganda in the 1960s, a few years before Idi Amin Dada came to power in the Uganda and expelled many Indians and Pakistani brought in the country of British colonial power. She attended a girls’ school in Watford and then studied economics, sociology and social biology at the University of Keele and University of Essex.

In 2010, she got a job as a deputy in Witham constituency in essex county and moved to the House of Commons where she spoke regularly to Parliament on defense matters. After the British general elections in 2015, she was appointed for Labor Ministery by David Cameron in May 2015. In the government of David Cameron, she was the one from minority government ministers who supported the Brexit in the debate on EU membership.

As justification she defined the possibility of spending more for schools and the National Health Service, but she could not provide exact numbers on request. In the government of Prime Minister Theresa May from 13th July 2016, she was given the position of Minister for International Development.

Controversy and resignation over mettings with Israeli officials:

Patel was subjected to political pressure in early November 2017 after it became known that she had twelve meetings with Israeli government officials, including Isreali Prime Minister Benjamin Netanyahu.  She sought funds from the British government to support aid operations by the Israeli army, but was denied by the State Department, which has not approved any aid in the region due to the occupation of the Syrian Golan Heights.

Patel had to respond to the Prime Minister on November 6, 2017 for violating the protocol and apologized. After a brief conversation at Theresa May’s official headquarters, she submitted her resignation request. Her ministerial role was taken over by Penny Mordaunt, previously State Secretary in the Department for Work and Pensions.

On 24th July 2019, Patel was included to the new Boris Johnson cabinet when Theresa May resigned. She elected for the office of Minister of the Interior. Priti does make in to the headlines quite often and recently she imposed points base immigration system which will come into effect from 1st January 2021. Due to this, she received some positive as well negative reactions across the country.

Just a while ago, Home office boss Sir Philip Rutnam resigned from his position and made allegations of being a victim of vicious and orchestrated briefing campaign. Although Priti Patel declined that there is no involvement regarding this campaign from cabinet office. Sir Philip even said that despite this campaign he was willing to effect a reconciliation with the home secretary but Priti Patel didn’t make any efforts to discuss further on this matter.

The cabinet office minister Michael Gove just confirmed that proper investigation would be regarding involvement of Priti Patel in bullying allegations. This decision was taken on urgent basis because of questions raised by Jeremy Corbyn. Jeremy said that without proper investigation prime minister can’t defend home minister. If all allegations are true then Patel must be shacked immediately as one can’t remain in the parliament after breaching ministerial code.

Priti Patel surely is facing serious allegations of bullying by the Philip Rutnam however her supporters don’t believe it. About 100 people signed a letter which claimed that Home Secretary never crossed limit even in the extreme pressure situations. Apart from this, others respected officials in the country praised her for being a determined, tough and assertive leaders. Even Boris Johnson supported her although he ordered cabinet office for through inquiry in this matter.

Working as a strategic advisor for Viasat, she gets £5000 per month for working only five hours a month. She has gained so much love as a politician and her net worth is around $3 million.