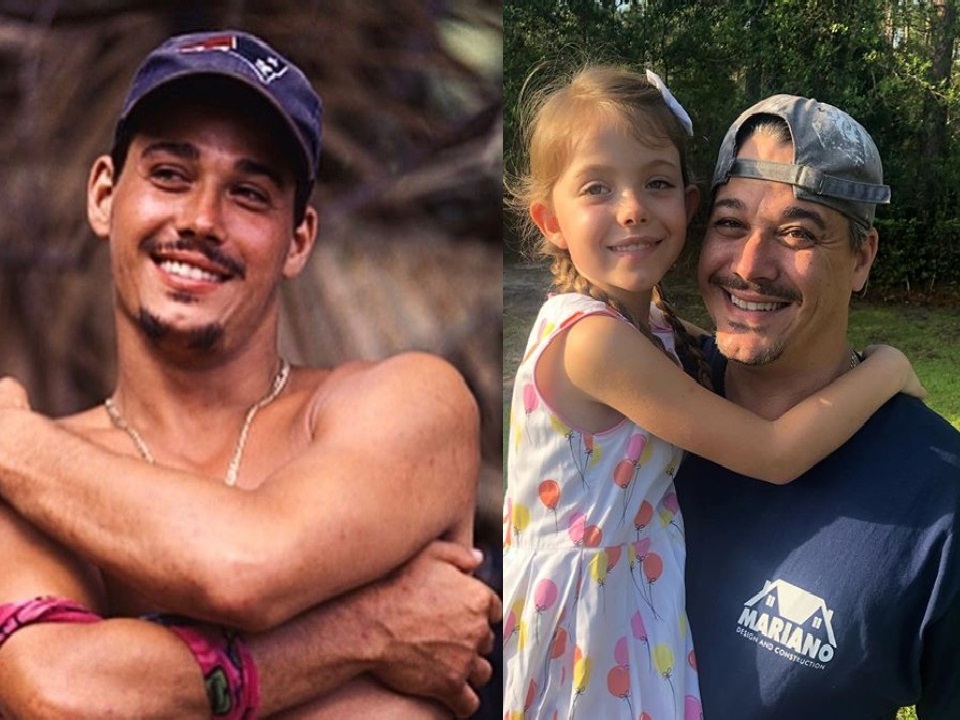 You might know Rob Mariano as Boston Rob. If you are a fan of the popular CBS reality show ‘Survivor’, then Rob Mariano should be a very familiar face to you. He is known for appearing on Survivor for 6 times. Among them, he played on it for 5 times. According to the host of Survivor Jeff Probst, Rob is the best ever player/contestant on Survivor.

Matter of fact, he has appeared in many other TV shows and programs other than Survivor. If you are a fan of Boston Rob, you have come to the right place. Because in this article, we will reveal a plethora of information regarding him like his net worth, personal life, and career.

So, let’s dive right into it…

It is well known that Rob has made a lot of money appearing on Survivor. For example, he has won the top prize back in 2011 on the ‘Survivor: Redemption Island’. Also, back in 2004, he won the runner up place on ‘Survivor: All-Stars’. In addition, he has appeared in this show as a mentor as well.

At the same time, he is also an author, who has published a few books. We have also found out that Rob has his own production company named ‘Murlonio Productions’. All in all, Boston Rob is getting very well even after his Survivor days. According to estimation, Rob Mariano has a net worth of about 1.4 million USD at the time of writing this post.

Even though he is known as Boston Rob, his real name is Robert Carlo Mariano. He was born in Hyde Park, Boston, Massachusetts, USA to Bob and Linda Mariano. Rob was born on 25 December 1975. That means he is a Capricorn. He is of Italian descent. Rob was raised in Canton, Massachusetts. He has a brother and a sister. His brother’s name is Mike and his sister’s name is Heather Mariano.

Since his childhood, he was an avid sportsman. He studied at Xaverian Brothers High School. During this period, he used to play hockey and golf. Later, Rob attended Boston University. He graduated with a BA degree in psychology from the university. Even while in university, he used to play rugby and participated in boxing regularly.

Mater of fact, he was a coach of the Inline Hockey Team of Boston University back in 2001. Since his childhood, he would want to become a doctor. But after he was selected on Survivor, everything changed. Even when he was appearing in his first time on Survivor back in 2001, he was coaching on the side.

Later he returned on Survivor: All-Stars along with other 17 returning contestants. At that time, Rob began a good relationship with other fellow contestants named Amber Brkich. And, we all know that Rob and Amber got married in real life later as well. More on that in the ‘Personal Life’ section.

Rob Mariano is known as the only contestant of Survivor to appear in it for 6 times (as a player 5 times). As an active contestant, Rob spent a total of 152 days in the game, which made him the record holder of most time playing Survivor.

In most of his appearances, he was unsuccessful. But in 2011, he became the winner of Survivor: Redemption Island after all. He was also the runner up once in another iteration of Survivor. Both Rob and Amber also appeared in the 7th season of ‘The Amazing Race’.

Boston Rob also appeared in many other TV shows like The Player, Calvin Ayre Wild Card Poker, Sci Fi Investigates, The Price is Right, Around the World in 80 Ways, Poker Dome Challenge, and more. He is also a professional poker player.

Nowadays, Rob is running a production company and writing books. At the same time, he has some additional side hustles. And of course, he is still with Survivor.

We cannot talk about Rob Mariano’s personal without including Amber Joy Mariano. While appearing on Survivor: All-Stars in 2003, both Rob and Amber started a relationship. Gradually, it turned into a romantic relationship. Matter of fact, they became engaged in the live finale of the show back on May 9, 2004.

After that season ended, they got married eventually on April 16, 2005. Their marriage took place in The Bahamas. In fact, CBS aired a 2-hour program called ‘Rob and Amber Get Married’ about their wedding ceremony on May 24, 2005.

They are still together and living happily ever after. Right now, Rob and Amber have 4 daughters. Their names are Lucia Rose, Carina Rose, Isabetta Rose, and Adelina Rose. Most of the time, you will find him with his daughters and wife. He loves spending time with his family. In addition, he also loves fishing, playing cards, and hockey.

Rob Mariano is a popular face to the fans of Survivor. He is still appearing in this show. Besides, he is working on his books and production company. He still is a huge fan of the Boston Red Sox, the New England Patriots, and Boston Bruins.

At the moment, both Mariano and Amber are going strong even after about 15 years of their marriage. They always spend time with their daughters. Rob is a good father and Amber is a good mother. We hope for the best for both of them.

As usual, if you are curious about knowing any other celebrities, you can drop a line in the comment section!