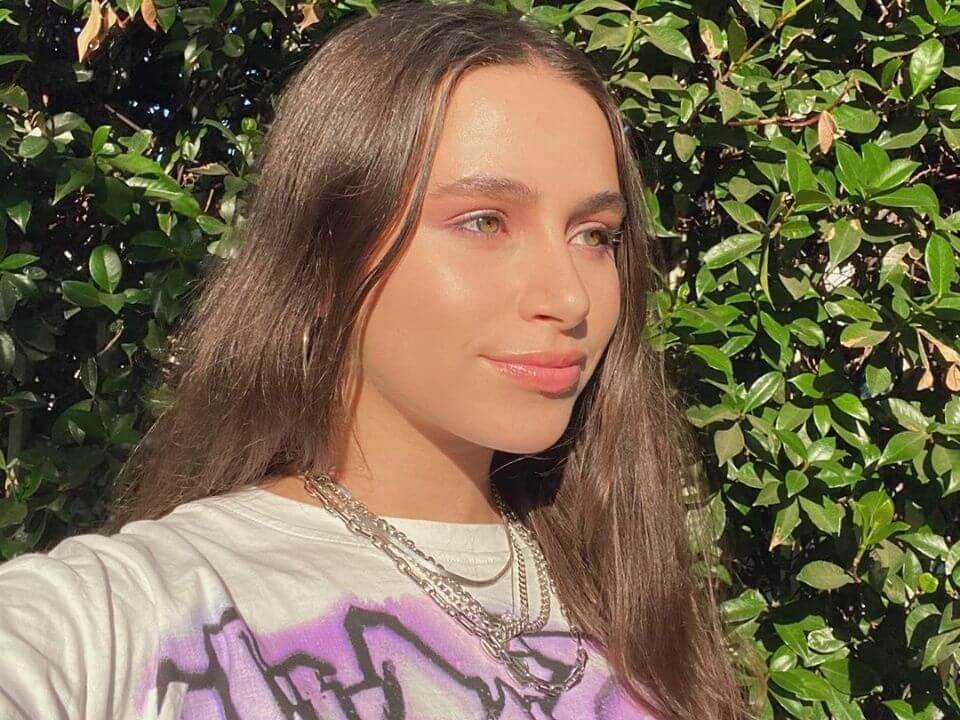 Who is Sky Katz? Skylar Katz better is known as Sky Katz is an American rapper and actress best known for her performance in ‘America’s Got Talent’ season 11.

The teenage girl has even been starred in ‘Raven’s Home’, which was her acting debut. Skylar is one of the richest and youngest rappers in the world who has been positioned among the Most Popular Rappers.

The teenage girl is making the tables turn and is becoming the finest rappers in the world.

Skylar was born on December 12, 2004, in Melville, New York. His father, Mike Katz is a doctor, and mother, Fran Katz is a homemaker. She has three siblings – two sisters named, Hailey and Madison and one brother named, Dylan.

Sky’s parents were huge fans of rap music and she gradually started developing an interest in singing when she was just 5.

She also started developing an interest in basketball and by the age of 10, she had traveled with three different traveling teams. According to a few sources, Sky used to go to public school, but now she is home-schooled due to her hectic schedule.

Sky wanted to be a doctor when she was young, but seeing her mother and father being huge fans of rap music, she eventually started developing an interest in singing at the tender age of 5.

After some time, Sky was a part of the basketball team and by the age of 10, she had already traveled with three different traveling teams. However, becoming a rapper was not something that she has dreamt of.

Initially, she wanted to become a doctor, just like her father, but somehow, she became much more inclined towards singing. Sky was also inspired by talent shows such as ‘America’s Got Talent’ and ‘American Idol’.

In the year 2016 when she was just 11, she participated in the biggest American talent-hunt show- ‘America’s Got Talent’ without informing her parents. She performed her original song ‘Fresh’ in the show and impressed the judges with her skills.

Her first original song ‘Haters’ was uploaded on YouTube in 2016 and her debut album was released in late 2017. The coolest 11-year old in the world grabbed everyone’s attention and her popularity had already shot up by then and major record companies started approaching her.

Skylar also established her own YouTube channel, ‘Sky Katz’and got a good response from her followers. She is inspired by rappers Nicki Minaj and Drake. Katz has even performed on MTV’s TRL and Summer in the City, Harry, NY Knicks Halftime Show, the Rookie USA Fashion Show,’ and the ‘Winter Film Awards.’

She has released original music including Like This feat. Lil Tjay and Fall Back, where she made her directorial debut behind the camera for its music video. Sky made her debut in acting with the role of Tess in the year 2017 on Disney Channel sitcom ‘Raven’s Home’, which was a spin-off to one of the most successful ‘Disney’ shows of all time, ‘That’s So Raven.’

At such a tender age where many people are not even sure about what they want to do, Sky is already successful at grabbing everyone’s attention and is making a lot of fame and reputation from her career.

The young celebrity actress prefers to keep her love life and personal life private. At such a young age, she prefers not to indulge in any kind of relationship, but there are rumors of Katz dating Issac Brown- her co-star in Raven’s Home. But any information regarding this is not yet clear. Sky Katz has around 1.2 M followers on Instagram and around 23.2 K followers on Twitter. She also has a YouTube channel named ‘Sky Katz’ which has 391K subscribers. The charming rapper has been rising to fame at a very rapid rate and her work is appreciated by everyone.

The young and one of the finest teenage rappers of the world has a whooping net worth of around $2 million. This 15 years young, talented actress as well rapper is earning such a huge net worth from such a tender age which is highly appreciated.