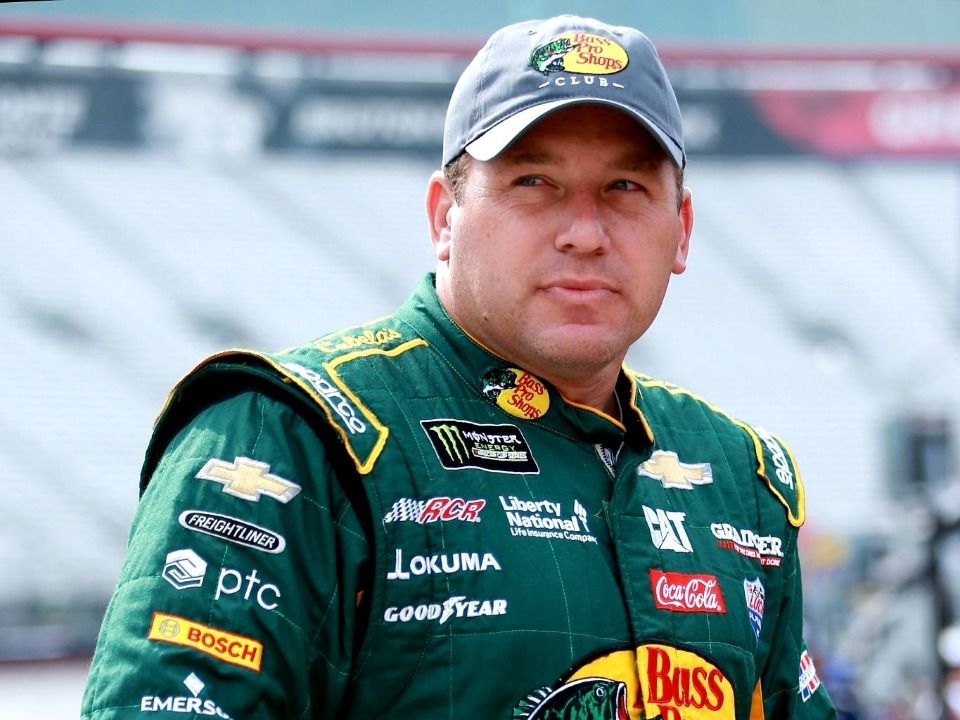 Ryan Newman is a well-reputed race car driver who mainly competed in NASCAR. Find out Ryan Newman net worth, biography, wife, height and more details in the article below. It is formatted in a wiki style format for ease of use.

Ryan Joseph Newman is an American professional race car driver who competes in NASCAR for Roush Fenway Racing and drives No.6 Ford Mustang. He was born on 8th December 1977 in South Bend, Indiana and belongs to the family with a long love of racing including his father as well grandfather.

His father Greg Newman always wanted to be a race driver whereas his grandfather helped to build South Bend Motor Speedway. Thus, it won’t be false if we say racing is in his blood all the time.

With hard work and passion for driving, Ryan Newman earned lots of love and fans across the world. His net worth is estimated to be around $50 million which mostly earned from his racing career and contracts and from other endorsements.

Newman made his debut in Phoenix in November 2000 for the Penske team which was his only race of that season. Later in 2001 he only drove seven races whereas in the 2002 season he emerged as a young promising driver and also grabbed “Rookie of the Year” of NASCAR title. Actually he won this title for the best newcomer of the year against Jimmie Johnson who later became one of the greatest NASCAR drivers of all time.

Druing his rookie season in 2002, Newman took his first win in Loudon in September and in 2003, with eight wins of the season, he immediately followed the best season of his career as he finished sixth overall that season.

From his debut in November 2000 to the end of the 2008 season, Newman drove for the Penske team where his greatest individual success being the 2008 winner of Daytona 500. Since 2009 to 2013, Newman drove for Stewart-Haas Racing, winning his second classic by winning the Brickyard 400 in Indianapolis in 2013.

From 2014 to 2018, Newman drove for Richard Childress Racing during this span of time, he took a race win in addition to the runner-up title in 2014. After his noticeable win came in Phoenix in March 2017 which is Newman’s last victory to date.

Out of all things, with the Daytona 500, Newman had the biggest accident of his career in twelve years after his biggest victory – when he was in the lead a few meters before the end and had his second victory in his mind.

It was the last lap in the 62nd Daytona 500 when it happened. Ryan Newman fought for victory with his light blue and white Roush Ford with starting number 6 with aim to claim his second in the Daytona 500 after 2008.

In the final round of the 2020 race, which had been extended from 200 to 209 laps, Newman took the lead from Denny Hamlin (Gibbs-Toyota) on the back straight of Daytona International Speedway when he got the decisive push from Ryan Blaney (Penske-Ford).

At the end of the last curve, Newman was in the lead and on course for victory. But a few meters before the finish line there was a second push from Blaney which was unfortunate because, unlike the previous one, it didn’t go straight.

With his yellow Ford Mustang, Blaney caught Newman’s light blue-white Ford Mustang on the right rear corner. Newman’s Ford then turned right at full speed and hit the outer boundary of the route – a SAFER barrier.

The car overturned and slid on the roof towards the finish line. In this way – just a fraction of a second after the first impact, Newman’s car was hit hard by the subsequent Ford Mustang from Corey LaJoie (Go FAS Racing).

The second blow whipped Newman’s Roush-Ford into the air before he finally slid across the finish line on the roof. In the official end result of the race, Newman was rated P9.

Just after two hours of this horrific wreck, NASCAR director Steve O’ Donnell made statement in press conference. He briefly read out statement from Roush Fenway Racing management and stated “Ryan Newman is being treated at the Halifax Medical Center (hospital near Daytona International Speedway). He is in serious condition, but doctors have indicated that his injuries are not life threatening.”

“We appreciate your thoughts and prayers, and we ask that you respect the privacy of Ryan and his family during this time. We appreciate your patience and cooperation, and we will post more information as it becomes available.”

Just a few days before Daytona 500, Ryan and his wife Krisse decided to split their way on their twitter accounts. However they will continue to jointly raise their girls and also urged for the safety and privacy for their daughters as well. Her name is Brooklyn and Sage Newman.