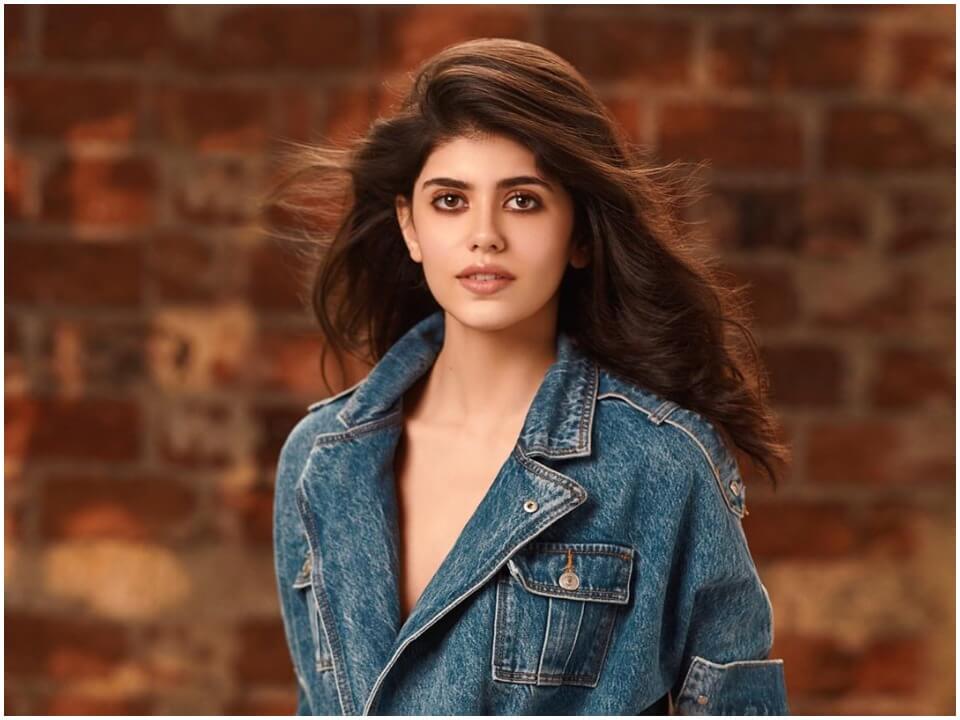 Sanjana Sanghi is an Indian model and actress and currently making the waves as she will be starring in the movie “Dil Bechara.” She was born on September 2, 1996 in Delhi, India and her father is an Entrepreneur while her mother, Shagun Sanghi is a Homemaker. She has a brother, Summer Sanghi, who works with Google. Sanjana studied in Modern School, Delhi and completed her graduation with degree in Journalism and Mass Communication from the Lady Shri Ram College of Women, New Delhi. During her school days, Sanjana used to participate in various curricular activities.

Before entering the entertainment industry, Sanjana used to work as a feature writer at “Youth Ki Awaaz,” New Delhi. Sanjana has done summer internship at “Ogilvy” Gurgaon. She has also been a research intern at “RIS” New Delhi, political analysis and public policy intern at “HT Mint” and marketing strategy intern at “Viacom 18 Studios.” Furthermore, Sanjana was an apprentice with BBC and a senior coordinator of Placement Cell, LSR.

In2011, Sanjana made her acting debut at the age of 14 in the movie “Rockstar” which starred Ranbir Kapoor and Nargis Fakhri. She played the role of Mandy, Nargis Fakhri’s sister. Her debut performance was appreciated and opened various doors of opportunities for her. She has appeared in commercials for various brands such as Dabur, Coca-Cola, Cadbury, Aircel, Tanishq and Myntra. She has also been a part of the movies such as “Fukrey Returns” and “Hindi Medium.” In “Hindi Medium,” released in 2017, Sanjana plays the character of young Mita, whose adult version was played by Saba Qamar. The movie also stars late actor Irfan Khan. Her special performance was praised by critics. In the same year, in “Fukrey Returns,” she portrayed the role of Katty.

In 2019, Sanjana was cast to play the lead role in the movie “Dil Bechara” alongside Sushant Singh Rajput. The film is a Bollywood remake of the Hollywood movie “The Fault In Our Stars” based on the novel of the same name by John Green. Sanjana plays the character Kizie. The movie is directed by Mukesh Chhabra and is set to release on Disney+ Hotstar in July, 2020. While shooting for “Dil Bechara,” there were reports of her co-star, late actor Sushant Singh Rajput, sexually harassing her. However, the actress denied all such reports.

There is no report available regarding her boyfriend so we assume she is probably single now. Sanjana was a brilliant student who has also received an appreciation letter for her 12th board performance from HRD minister Smriti Irani. She has been awarded a Gold Medal from the University of Delhi. She is a yoga enthusiast. Along with that, Sanjana is a trained Kathak dancer. Sanjana has been engaged in public speaking and has represented India at various International forums. In addition to this, she is actively involved in social services and teaches underprivileged children. She has huge followers on her social media account and is active on these platforms.

Sanjana Sanghi’s net worth is unknown as she is still starting her career as an actor. She receives most of her money from acting and TV commercials. She lives a luxurious life with her family in New Delhi.