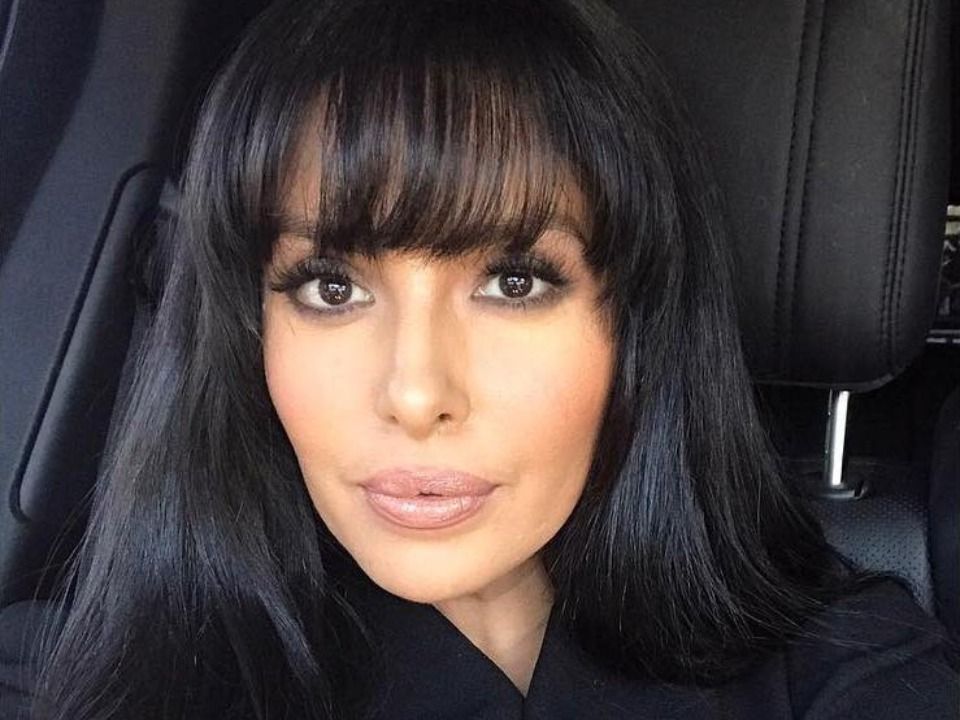 American former model and gorgeous wife of late Kobe Bryant, Vanessa Bryant just opened up in front of the world and paid one of the most incredible tributes ever. She was born on 5th May 1982 in Huntington Beach, California and from earlier she has experienced both aspects of life means sunshine and shadow. Just at the three years of age, her parents parted their ways thus Vanessa and her sister Sophie both had to grown up with her mother. Although after some years, her mother married with a businessman Stephen Laine and they both adopted her surname. This is how Vanessa Cornejo Urbieta turned to Vanessa Laine despite her father never adopted her.

She met with Kobe for the first time almost before 20 years ago while Vanessa was studying in high school. However this relation wasn’t that easy because Kobe’s parents weren’t convinced at all because Vanessa being just an 18 years old. They both married engaged just within six months after her first date and married after a year on 18th April 2001. Even at this time, Kobe’s parents wasn’t here to cherish and give their blessings to start a whole new life however it was a low-key wedding only close friends and his mate’s were involved. During that time Kobe was already a star and played three seasons in NBA but he couldn’t bring his parents on one of the most important days in his life.

First daughter of Kobe and Vanessa, Natalia Diamante was born in January 2003 and from this day his parents accepted this relation forever. Everything was sorted out and the family was spending luxurious life but it was just for a while. After seven months, Kobe was accused by a 19 years old hotel maid for raping her and sexual assault and suddenly all charm and reputation of him shattered like a blink of an eye. However victim wasn’t ready to testify in the court and reveal her identity and wrapped up this matter outside once and for all. But due to allegation, Vanessa suffered a miscarriage in 2005 and gave birth to second child Gianna Maria-Onere in 2006.

After that the couple was having a dream life and enjoying life at fullest but once again Kobe’s nature and extra marital behavior ruined once again. Vanessa filed a divorce case stating irreconcilable difference however requested join custody of their children which Kobe agreed as well. But, later on 13th January 2013, she made announcement through social media post about cancellation of their decision and called off their divorce. Bianka Bella who is the second youngest daughter of Kobe and Vanessa was born in 2016 and later on 4th July 2019, their youngest daughter Capri was born.

The couple once again was enjoying life but it seems like destiny played its part and gave biggest blow till the date to her. Kobe and her daughter Gianna AKA GiGi, both lost their lives along with seven others in a tragic helicopter crash while they were going to Mamba Academy for a basketball match. It was like mountain of misery and sorrow broke down on her and suddenly her life completely turned upside down.

Just yesterday she gave them the most beautiful yet painful tribute during Kobe Bryant Memorial ceremony. First she remembered her daughter GiGi and said,

“She was an incredible athlete. She was great at gymnastics, soccer, softball, dance and basketball. Gigi was confident but not in an arrogant way. She loved helping and teaching other people things. At school, she offered the boys’ basketball coaches to help give the boys’ basketball team some pointers — like the triangle offense.”

After that she moved on to Kobe and her relation and recalled her memories and stories how much caring and loving her husband Kobe was! She even told some of the unknown stories of him like on Valentine’s Day and anniversary he went big and even once gifted her same blue dress from “The Notebook” which Rachel McAdams was wearing.

“I couldn’t see him as a celebrity, nor just an incredible basketball player,” she said. “He was my sweet husband and the beautiful father of our children. He was mine. He was my everything. … Kobe loved me more than I could express or put into words.”

During her independent career, she used to work in music videos and even tried into modeling as well. I it obvious that she might have made quite enough for making living out of it but she surely gonna carry the legacy of his husband with fortune as well. Net worth of Kobe was about $600 million at the time of his death so being his widow all this wealth and properties of him would be taken care by Vanessa that’s for sure.