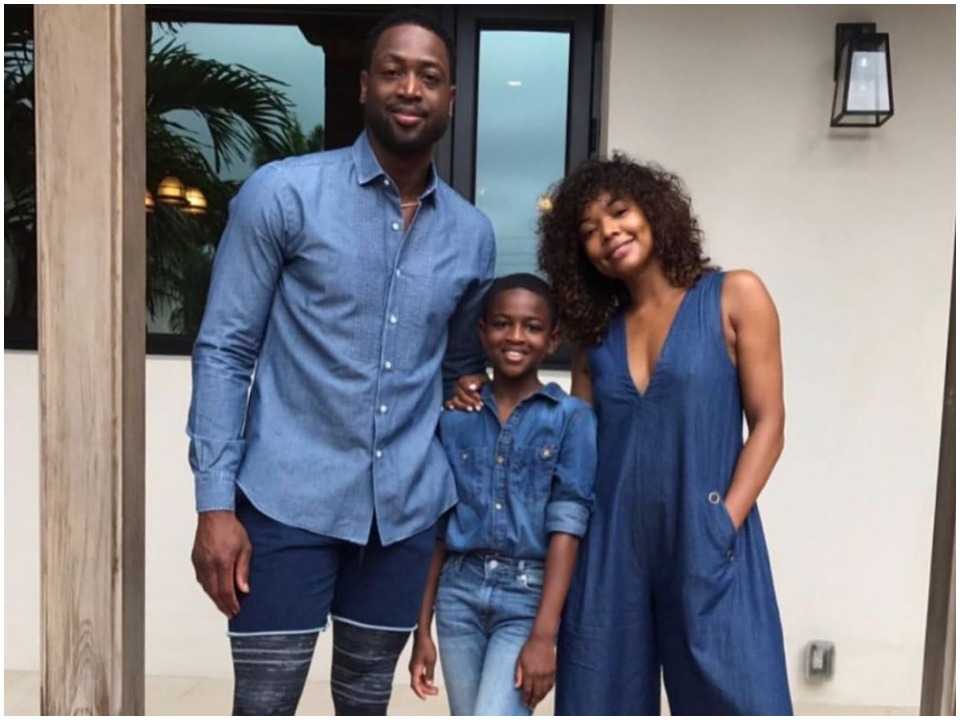 Dwyane Wade told about the whole world that he’s proud of his 12 year old son zion (now Zaya Wade) who actually turned out to be a transgender recently. She was born on 29th May 2007 with the name Zion Malachi Airamis Wade as a child of former Miami heat sensation and her ex-spouse Siohvaughn Funches. Upon splitting their way apart, he got sole custody of Zion and ever since then Dwyane and her wife Gabrielle Union raising him as her own child.

Talking about his education then she still attend Sierra Canyon School and taking high school studies. She likes to participate in other activities as well and also a member of cheerleading squad of the school. We will try to fetch more interesting facts about her in future because as of now there is little to no information available in the internet.

During December 2019, he posted a family photo along with her wife Gabrielle and his children. In that photo, his son Zion was seen with long acrylic nails. His fans and other made fun of him and passed hate speech and also criticized him. Thus Dwyane responded, lashed out his anger and replied,

“I’ve seen some post-thanksgiving hate on social about my family photo. Stupidity is apart of this world we live in—so I get it. But here’s the thing — I’ve been chosen to lead my family not y’all. So we will continue to be us and support each other with pride, love & a smile!” the retired NBA star wrote on Twitter at the time. Just recently he went to Ellen DeGeneres show and opened up his take without any kind of hesitation. He said,

“We are proud parents of a child in the LQBTQ + community,” Wade told Ellen. … “So when our son comes home with a question, or a problem, or with anything, it is our job as parents to listen to him, to give him the best information we can, the best possible feedback. And that doesn’t change because sexuality is now involved in it. ”

Then he opened up, recounting the experience he and Union had when Zion told them he preferred to be called Zaya: “Once Zaya … originally born Zion as a boy – went home and said, ‘I’d like to talk to you. I think in the future I am ready to live my truth and I want to be referred to as “her”, continued Wade. “I’d like you to call me Zaya. So internally, it’s now our job to go out and explain it, to reach every relationship we have.”