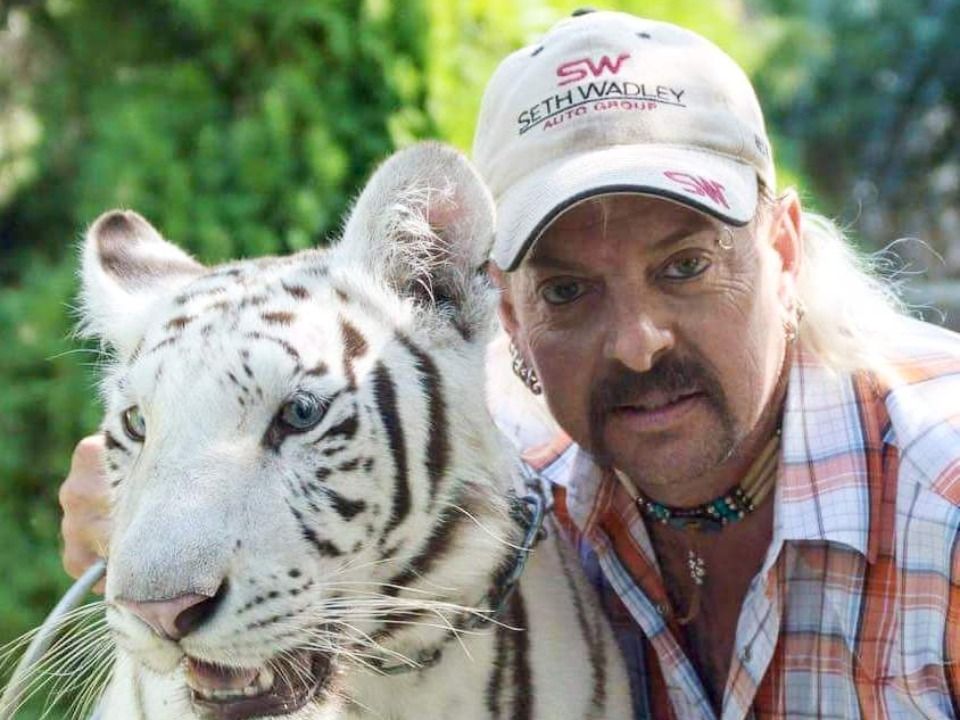 A new docuseries “Tiger King” hits Netflix describing a true crime journey about a zookeeper Joe Exotic who tried to kill his nemesis. Everyone is buzzing after watching this and finding details about his story through Wikipedia. His real name is Joe Shreibvogel and now goes by the name Joe “Exotic” Maldonado Passage and claimed to be the America’s most prolific tiger breeder. He was born on 14th March 1963 in Kansas, United States to a wealthy farmer family in rural area. From his early age, he was surrounded by animals and discovered his love for animals and also learned to take care of them as well. Joe often helped his parents on the farm and look after bigger creatures while not on the field.

He grew up along with his brother Garold and at that he was only close to him. They both shared a strong bond and both loved animals whereas Joe often bullied at school and even raped when he was just five years old. Later in 1990s, he lost his brother in a tragedy where he got crashed badly by a drunk driver. In order to fulfill wish of his brother, he bought an ex-horse ranch and 16 acres of land by using the money which he got from insurance settlement. In honor of Garold, he completely turned his horse farm into a roadside zoo where wild animals were kept and named it as Garold Wayne Exotic Animal Memorial Park.

Carole Baskin and her husband is the owner of Big Cat Rescue that works to stop people from breeding big cats. As Joe was associated in big cat breeding, she wanted to just stop him whereas Joe hired someone to kill her. FBI arrested him in September 2018 in charge to hire someone for attempting murder of Carole Baskin. During trial he was convicted in April 2019 as the man he hired was a federal agent that posed to be a hitman. Just before two months, he was sentenced to 22 years imprisonment in currently serving at federal prison. Netflix’s story “Tiger King: Muder, Mayhem and Madness depicts story revolving around them.

Joe exotic has filled lawsuit of $94 million against his prosecution for damaging reputation and convicted him on false charges. He said that

“He is an openly gay male with the largest collection of generic tigers and cross breeds”.

Steven Nelson of the new york post asked president trump about Joe exotic who is serving 22 jail sentence can get pardon or not. In response he said he doesn’t know anything about it and what did he do? Later trump asked two more reporters should I pardon him or not? Both said they had nothing to do with him so finally trump said I’ll look into it.